We are a participant in the Amazon Services LLC Associates Program, an affiliate advertising program designed to provide a means for us to earn fees by linking to Amazon.com and affiliated sites. In addition, we participate in affiliate/referral programs whereby we link to products we believe in. If you click on the link and make a purchase we receive a small percentage commission. Read the full disclosure here.
Pin1K
Share1
Tweet
Yum
Share
1K Shares 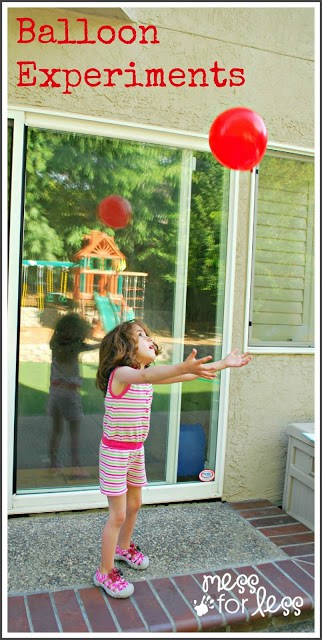 Start out by blowing up a bunch of balloons. You will be using these later. I inflated them while my kids were napping and hid them in another room until it was time to use them for our experiments. 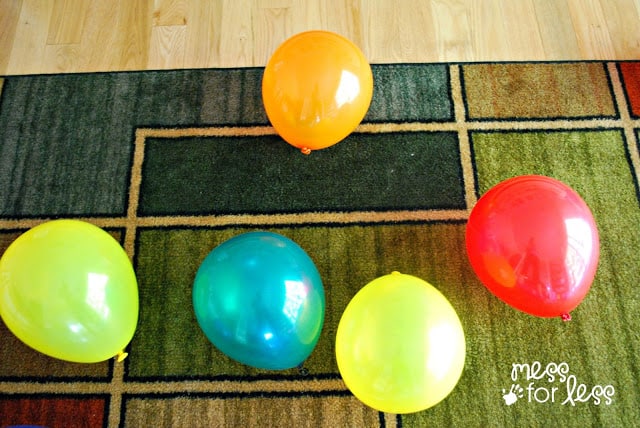 Provide your child with a deflated balloon and ask them to describe it. My daughter said it was flat. I asked why it was flat and she said “you need to blow it up!” 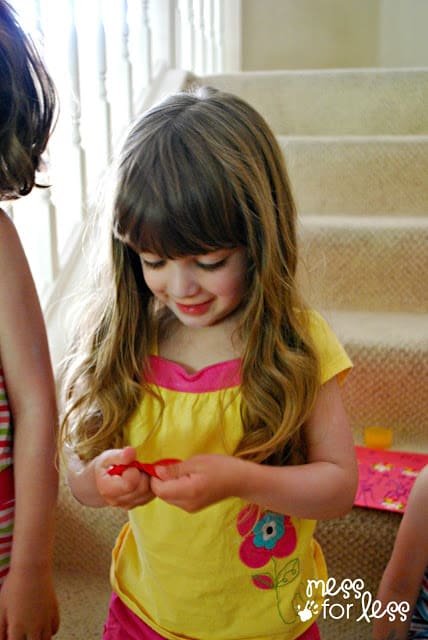 Next, inflate the balloon and ask your child to describe the differences. After I inflated it, I asked my kids to describe how the balloon looked and felt. Some of the words they used: “round like a ball,” “fat” and “full.” We talked about how the air I used to blow up the balloon made it change. 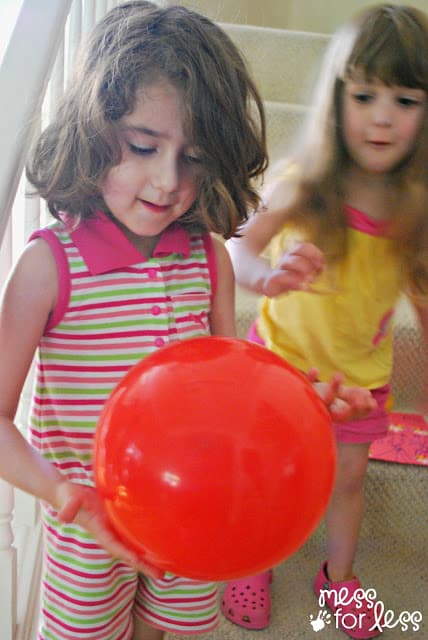 Remember all those balloons you inflated before? Now is the time to bring them outside. I was a little concerned our experiments would fail since it was 90 degrees out, but there was still a decent amount of wind in the air.
As soon as I placed the balloons on the ground outside, the wind started moving them all about. The kids had such fun chasing them and trying to catch them. I asked the kids why the balloons kept getting away and they all knew it was because of the wind. We played with balloons indoors as well and they were not getting away so I asked why they stayed in one spot inside. My youngest realized it was because there was no wind inside. 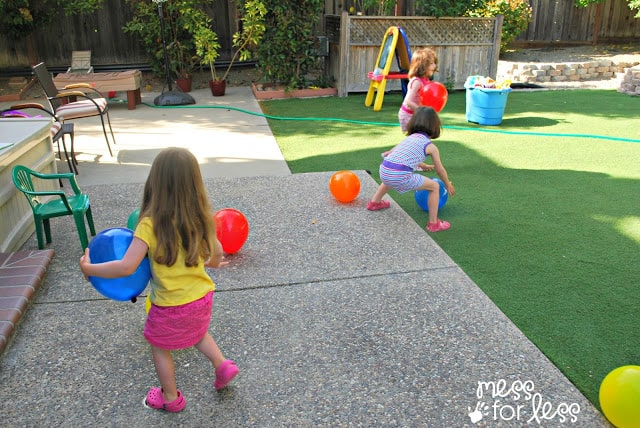 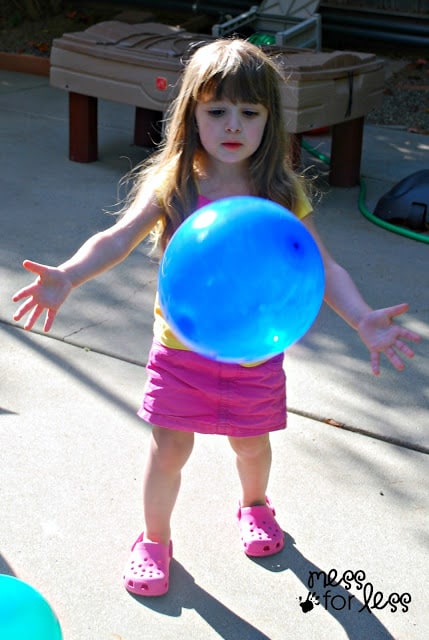 At one point, my daughter threw up her balloon and the wind got hold of it and carried it out on top of our shed. This was a great opportunity for her to observe the wind at work. 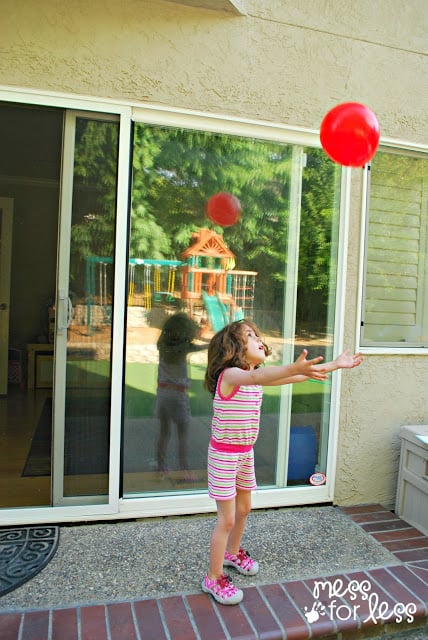 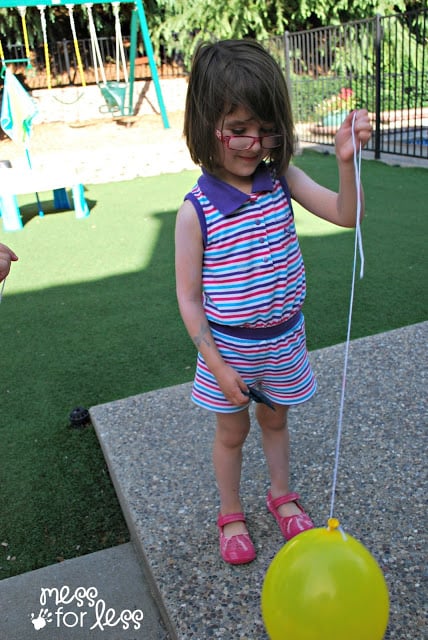 Ask your child to run while holding their balloon on a string. When my daughter did this, the balloon started to lift up. We noticed that the air would hold the balloon up when we ran. We experimented with different kinds of movement – walking, running, spinning to see what would lift up the balloon. 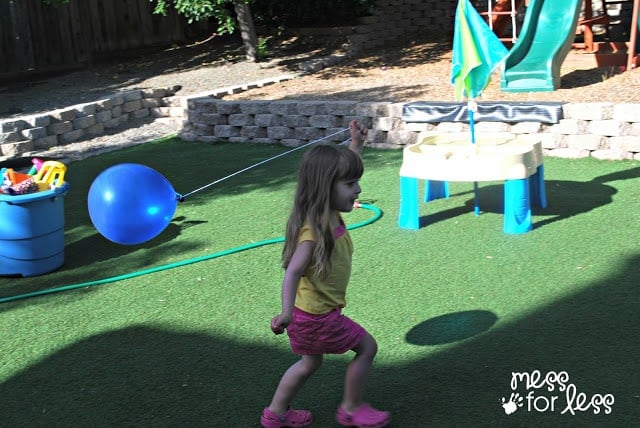 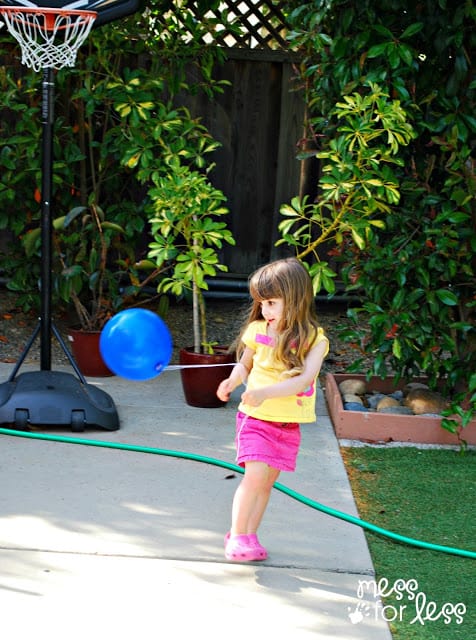