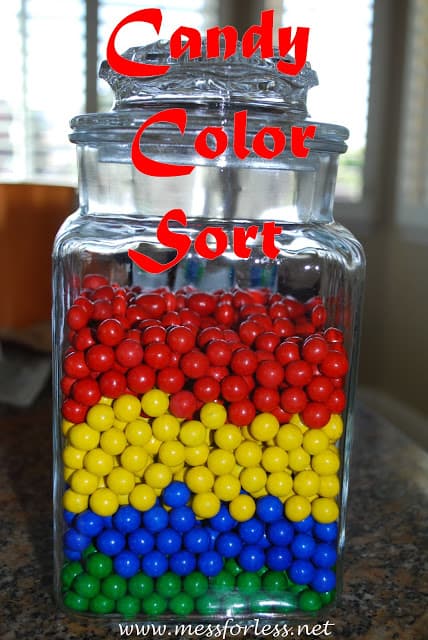 We are planning a backyard bash for the twins’ 4th birthday. I have decided to do a rainbow theme since both girls love rainbows. If you’ve planned a party before, you know what an undertaking it can be. Lucky for me I have some party helpers in the house. You see, when you are turning four, you want to help with EVERYTHING. My two year old doesn’t quite want to help with everything yet, but she does want to do whatever her sisters do, so I put her to work too. Check out our other Rainbow Party Ideas. 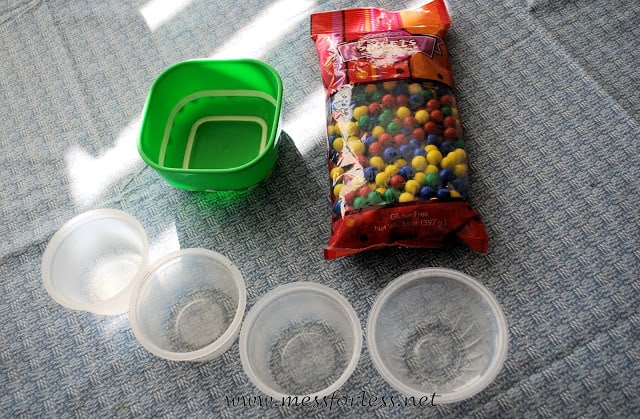 We started out by washing our hands very well. Since I was going to be serving these to party guests, I wanted to make sure everyone’s hands were super clean.
The candy came in four colors – red, yellow, blue and green. I gave each child four plastic cups and   a bowl filled with candy. I started them off by placing one of each color in each of the cups. They took it from there.

I was worried there would be a big spill and I would have a floor filled with hundreds of candy balls but I think only three actually fell. The girls worked diligently. A and B, the twins, kept asking for more balls when they would run out. Little C got bored after she finished sorting her first set. 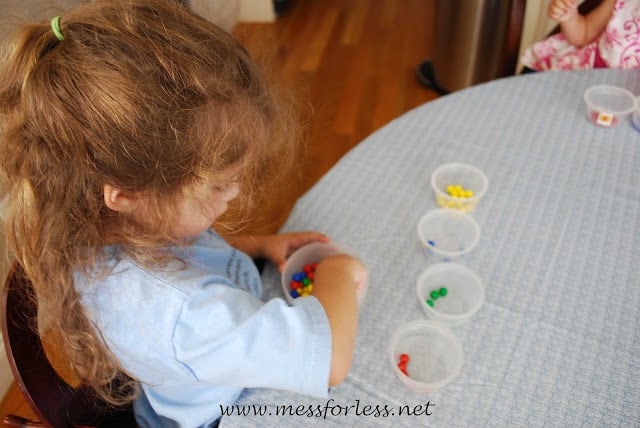 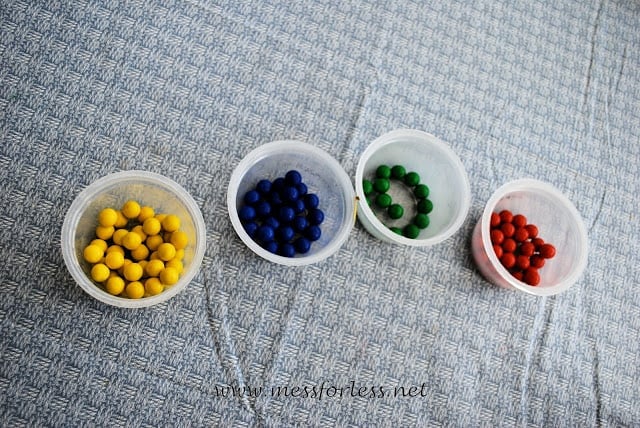 The kids were able to go through three bags of candy. When the candy was done being sorted I place it in a glass jar to see how it would look for the party. Not too bad! 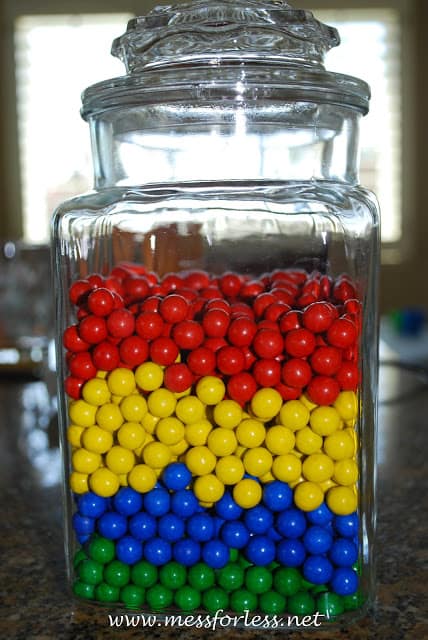 Oh and I should mention I am not the meanest mom in the world. I gave each child some of the candies as a “thank you” for a job well done.
One chore checked off my list. I will keep you posted on our preparation and on the final results of our party planning!
For more rainbow party resources check out:
Rainbow Party Printables 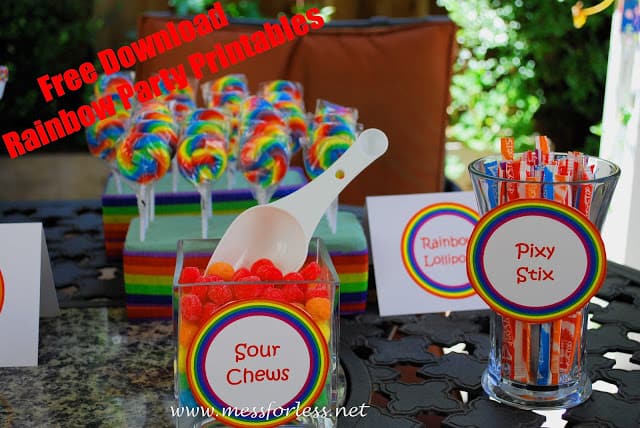 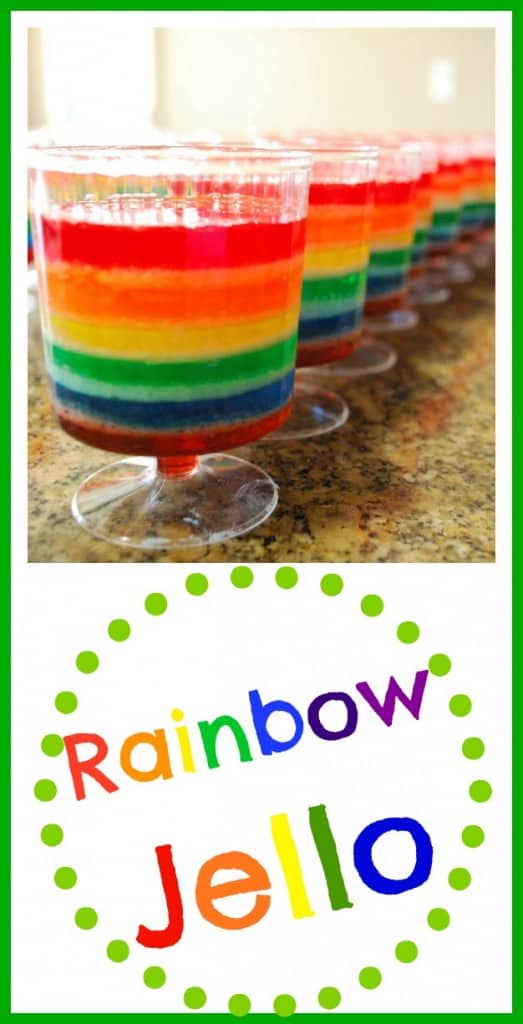