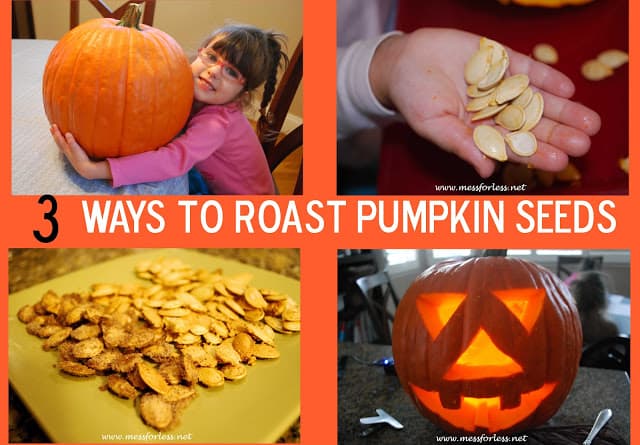 I don’t know about where you live, but here in Northern California, pumpkins at a pumpkin patch are always a lot more expensive than those sold at stores. So even though we have been to a pumpkin patch this season and will visit another this weekend, I bought our pumpkin at the store.
My daughters were so excited when they saw it because they know that pumpkins mean pumpkin seeds! They love pumpkins seeds and the process to make them is so fun for kids. This year we changed things up a bit by experimenting with seasoning our seeds.
This post contains affiliate links. If you click one of them and make a purchase, Mess for Less will receive a small percentage of the sale, at no extra cost to you. These proceeds help keep the blog running. Thanks for your support
You will need:
Make sure you have adult supervision and assistance for this project. Have an adult cut open the top of a pumpkin. Ask the kids what they think might be inside, then invite them to have a look. 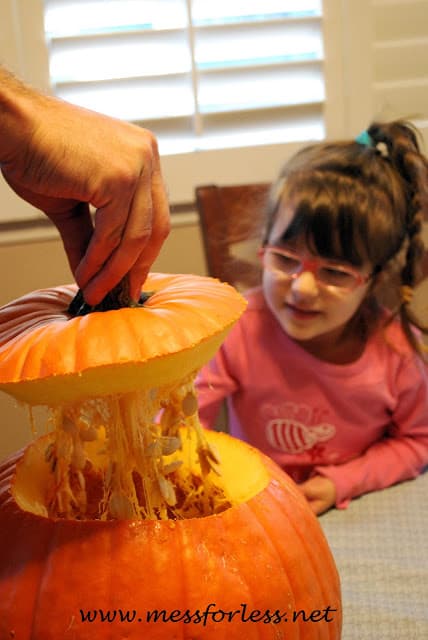 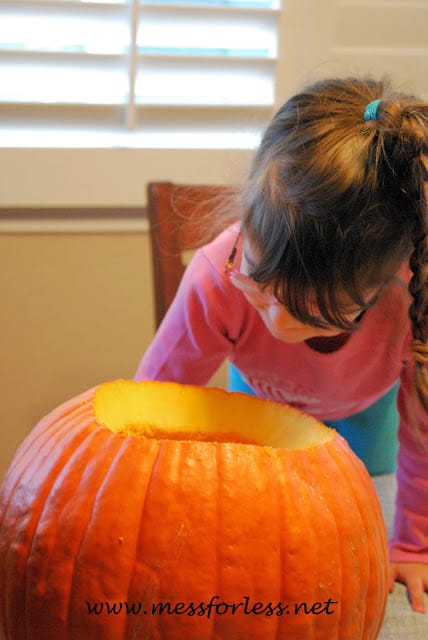 Give your kids some pumpkin pulp and ask them to pull the seeds off and set them aside. 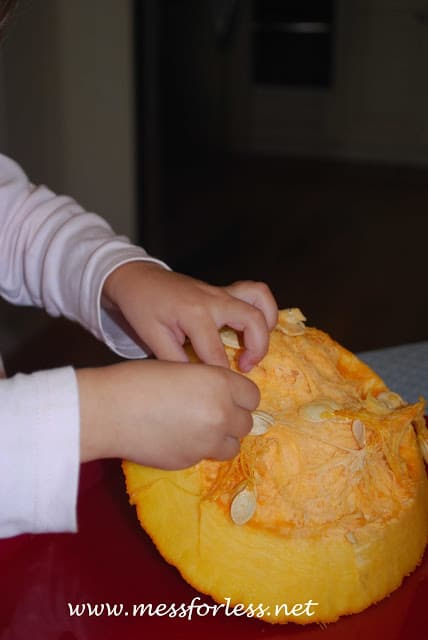 This proved to be a great sensory experience as the kids described how the pumpkin “guts” felt. Some of the words they used: squishy, slimy, smooshy, and slippery. 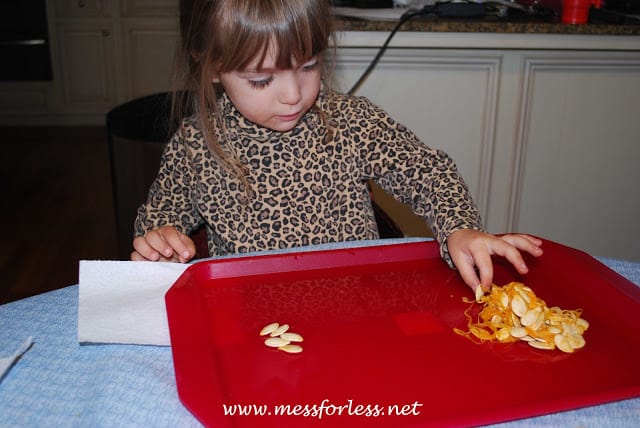 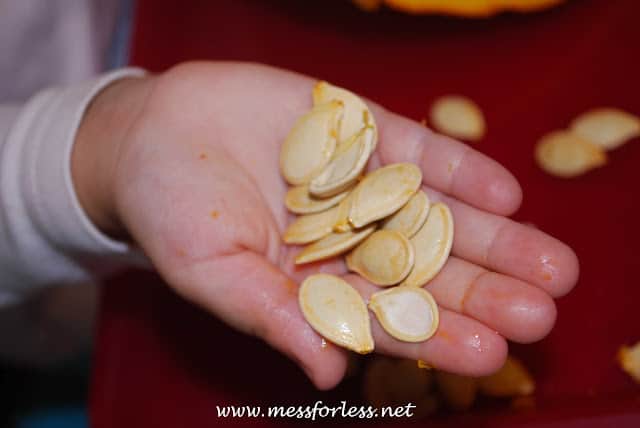 When the kids are done retrieving the pumpkin seeds, clean them by placing them in a colander and running cold water over them.
Now it’s time to get your seasonings ready. We decided to make pumpkin seeds three ways: cinnamon sugar encrusted, Parmesan flavored and traditional salt and pepper.
Mix up a few spoons of sugar and a shake or two of cinnamon in a plastic bag. 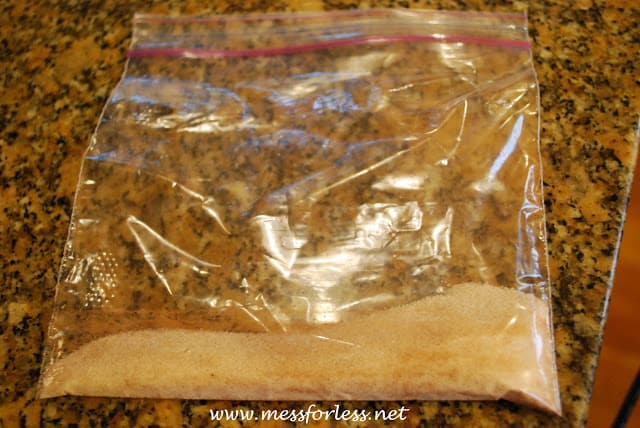 Coat some pumpkins seeds with a bit of cooking spray and add them to the cinnamon sugar bag. Ask your child to shake that bag. Beware, they will really shake that bag and possibly everything else around them. 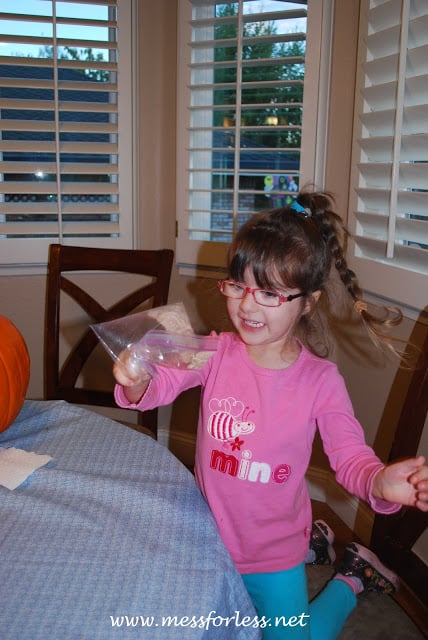 Place the seasoned seeds on a greased cookie sheet. To make the Parmesan seeds, add some grated cheese and garlic power (middle) and to make the traditional salt and pepper seeds, season with salt and, you guessed it, pepper (on right). Place in a preheated oven at 325 degrees for 25 minutes. After 10 minutes in the oven you will want to stir the seeds. 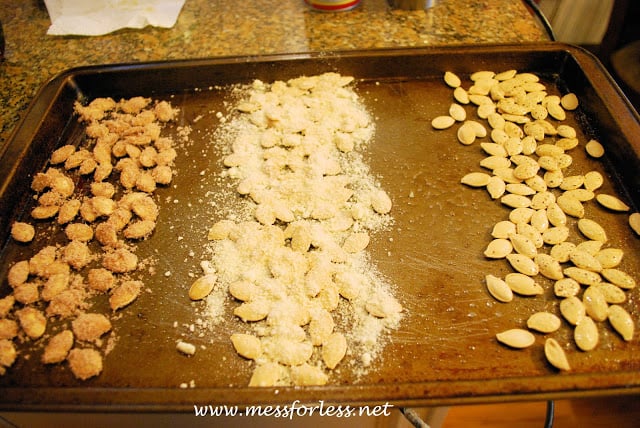 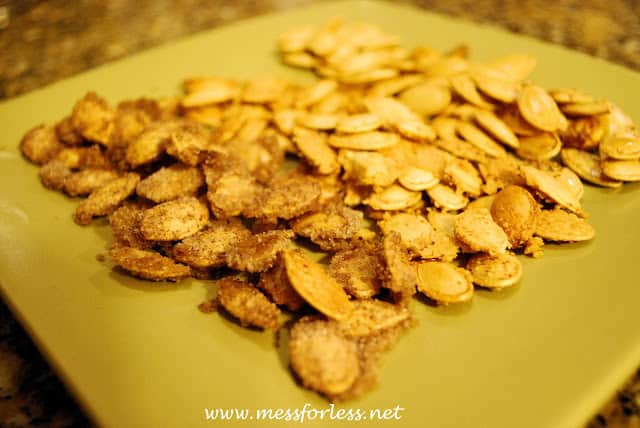 When we were done my husband carved a face into our pumpkin. The girls decided they wanted a happy face. If you want to see lots of happy faces, make some cinnamon sugar pumpkin seeds! 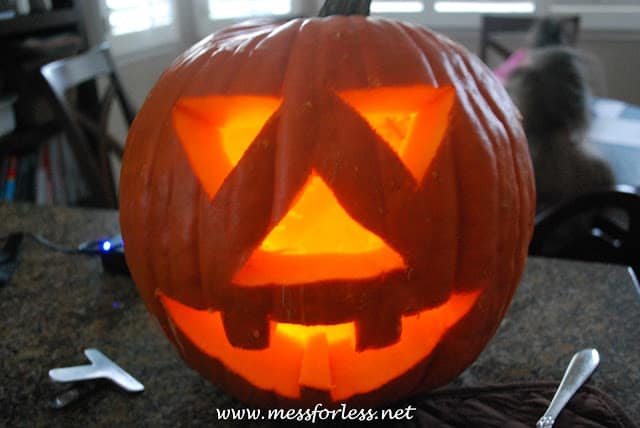 What is your favorite way to season pumpkin seeds?
If you enjoyed these pumpkin seeds check out these other pumpkin recipes:
Pumpkin Recipes Kids Can Make 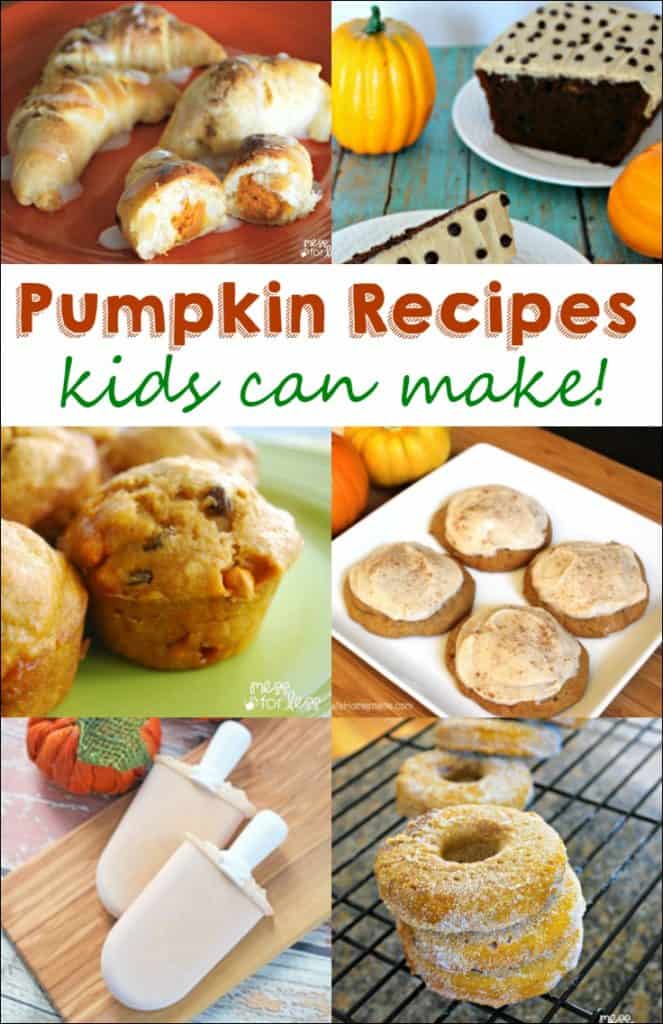 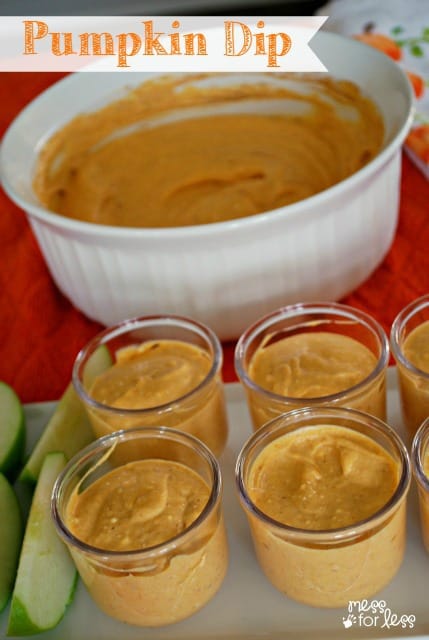