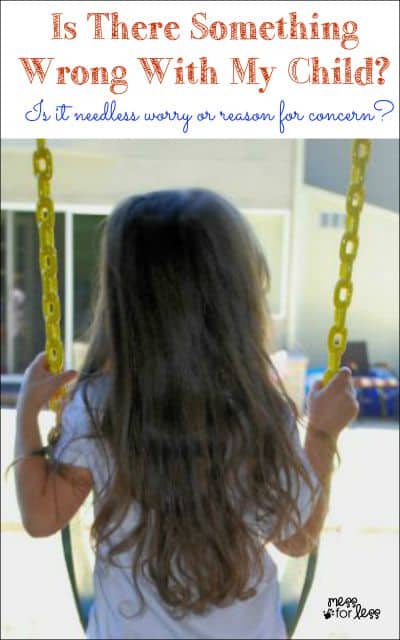 It’s perfectly normal to ask yourself such questions. Most of the time they have a logical answer and turn out to not be that big a deal. The baby wouldn’t stop crying because of gas pains, the baby started walking a few months later, the child suddenly became interested in reading. Time and patience usually answer the majority of “Is there something wrong with my child” questions with a “no.”

However, there are times where the answer turns out to be yes. Yes, there is an issue. How do you recognize what is an actual problem from the general concerns that all moms struggle with?

The first thing is to be aware of red flags. Every child will have a few quirks or areas where they are less strong. Taken alone, these are usually not cause for concern. But when you notice a number of behaviors and concerns, it might be time to take a closer look.

My daughter “A” was 15 months old and made no real sounds. She has a twin sister and I wasn’t that concerned at first because her twin really didn’t talk much either. I just assumed they were both late talkers. But then I started noticing some other troubling signs. “A” could not imitate any sound I made. She could not blow —  Her lips would just not make that motion. She had a difficult time with various textures of food. The list grew by the day. I started writing down the things I was noticing.

When I added all these together, I knew we had a problem. How did I know? The biggest thing was just trusting my instincts. In my experience I have found everything they say about mother’s intuition to be true. I had a feeling there was something wrong with A before I started noticing the other signs. Something just seemed off. But I tend to worry (a lot) and well meaning family members assured me that she was most likely just a late talker. Still I had my doubts.

So when A was 16 months old I scheduled an appointment with her pediatrician and voiced my concerns. He also assured me that she was probably just a late talker and we could revisit the issue again when she turned two if was still not talking. Now I was annoyed. I thought at least the pediatrician would say “it’s probably nothing but lets have her looked at.”

I took it upon myself to call the county’s early intervention program and have her evaluated. They came to our house and based on my answers to questions and their observations, they determined that she was delayed and did qualify for services. Yay!

At her two year checkup, I switched pediatricians and when I brought up my speech concerns, the new doctor said “That sounds concerning. Lets get an evaluation done.” We got an appointment at a highly regarded hospital and saw some wonderful specialists. Shortly before her second birthday, “A” was diagnosed with Childhood Apraxia of Speech, which is a motor speech disorder that causes children to have difficulty planning and producing sounds needed for speech. Children are usually not diagnosed so young, but A was evaluated by a leader in the field who said that her symptoms were so obvious, she felt comfortable with the diagnosis.

“A” continued receiving early intervention services from the county and started private speech therapy three days a week soon after the diagnosis. We did a ton of work with her at home, too. By her third birthday, she no longer qualified for service from the county and she tested out of private speech therapy in December of 2011. She still struggles with a few words and sounds but is light years ahead of where she was. I cannot sing the praises of the county’s early intervention services or our speech therapist enough. I am grateful every time I hear her voice.

To summarize, here are the steps you can take if you suspect your child might have an issue.

Hopefully, at this point, you will have a diagnosis or at least have ruled out many things. Whatever the outcome, remember that you are your child’s best advocate. A lot of these steps involve numerous calls and follow ups, and one of the things I learned in the process is that no one really cared. It’s not that we were dealing with bad people, but if I didn’t stay on top of things and keep pestering, A would have been forgotten. Doctors and specialists are busy and it’s easy to fall through the cracks.  So be confident in your convictions and do what it takes to get what’s needed.

Your child may not be able to say “thank you” yet, and they may never know all you have done behind the scenes to get them the help and services they need. But you’ll know. No matter what you may be facing, you’ll know you did the best you could for your child.

If you liked Is There Something Wrong With My Child, you’ll also enjoy: 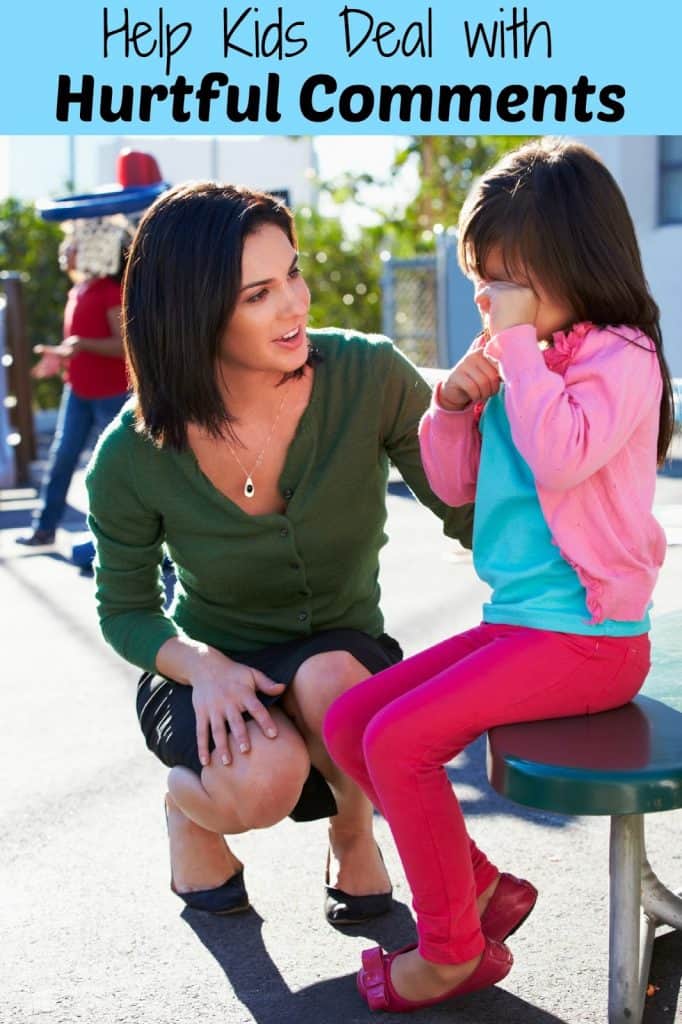 10 Ways to Stop a Tantrum