Pin5K
Share
Tweet
Yum
Share
5K Shares
This following is a sponsored post. All opinions are my own. Here is a fun Spider Invasion Halloween Game I set up for my kids. This time of year, kids love creepy, crawly fun and this game will get kids moving and working together to accomplish a task. As they duck under and through spider webs, they are on a mission to get some treats at the end that will allow them to solve a word game.

This post contains affiliate links.
To create a Spider Invasion Halloween game at your house, you will need the following Dollar Tree supplies: 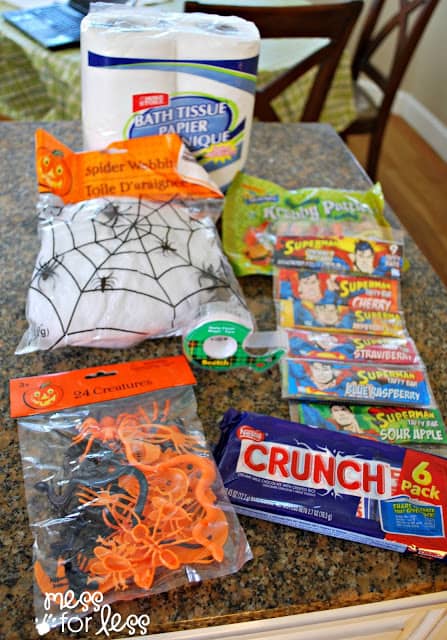 You will want to set up the web in a hallway or area where you can hang the webs. In our house, this area between the wall and sofa was perfect. 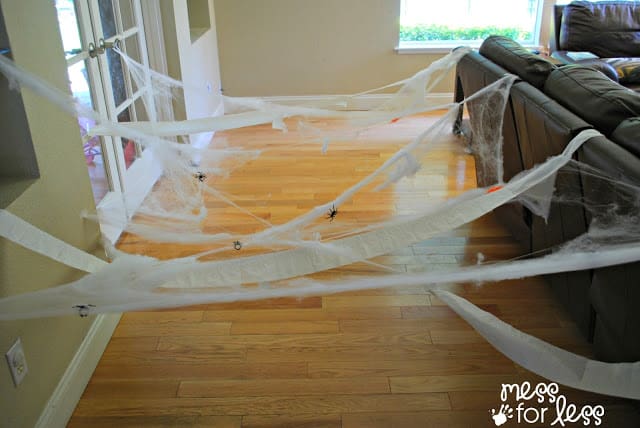 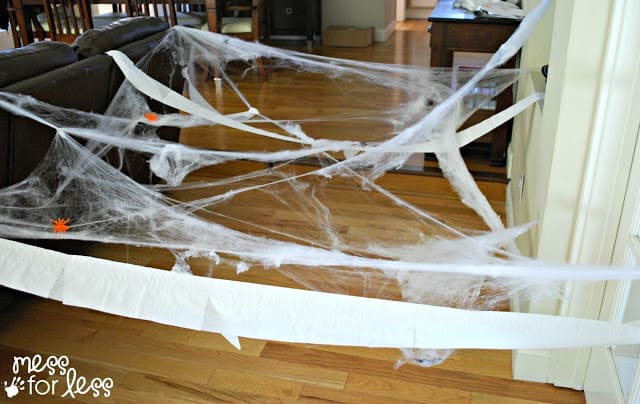 Rather than just have the candy be the prize at the end of the web, I use a paper and a marker to write the letters in the words "Spider Web". I placed each letter on a piece of candy so that once the candy was all retrieved by the kids, they could assemble the words. 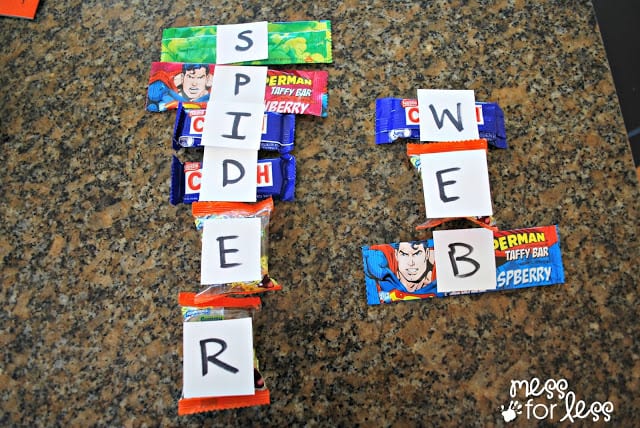 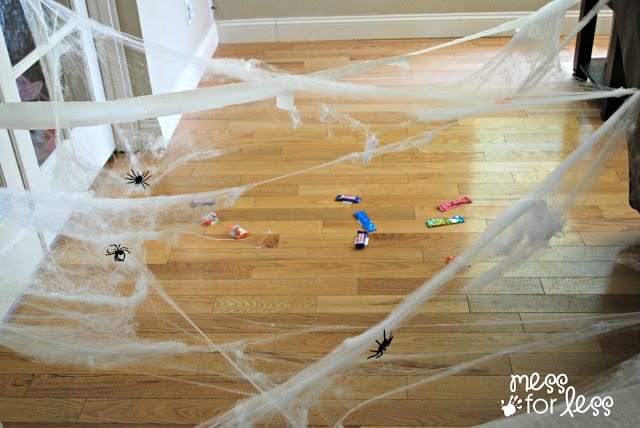 I set up the web when my kids were at school, and they were so excited when they saw it, that they rushed through lunch so they could go and play. Finally, it was time. The kids took turns making the dangerous trek through the web to reach the candy. 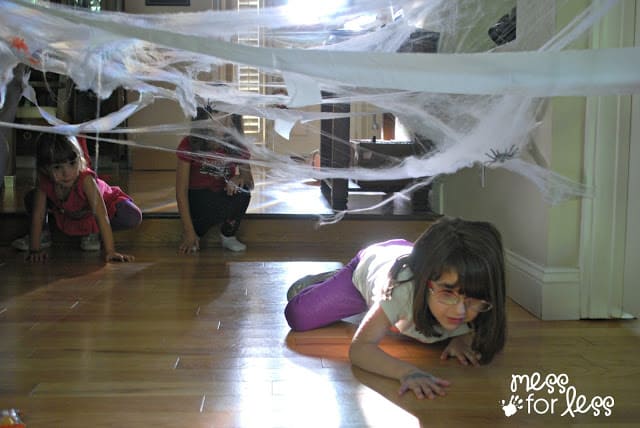 They crawled to the end of the web to grab their prize. And slithered back with the candy firmly grasped in their hands.

Once all the candy had been claimed, I told them they had to use the letters taped to the back to spell "spider web". They got to work.

They were very excited when they thought they spelled it, but then wondered why they had an extra "e" leftover. 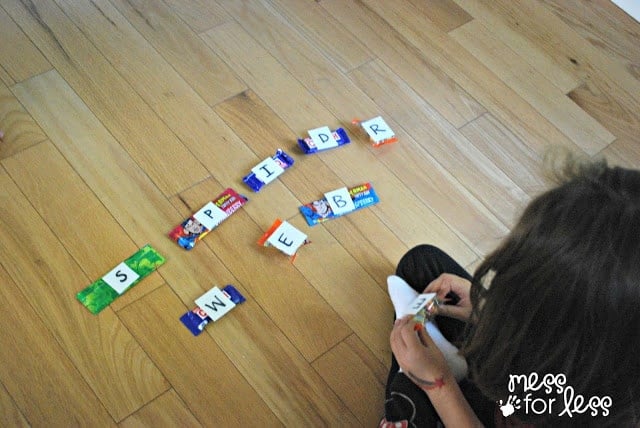 I was really proud of how they heard so many sounds in the words "spider web," and I showed them where the extra e belonged. It was great to see my three kids working together toward a common goal. After they finished the game, I left the web up, and the kids played with it for the rest of the day. 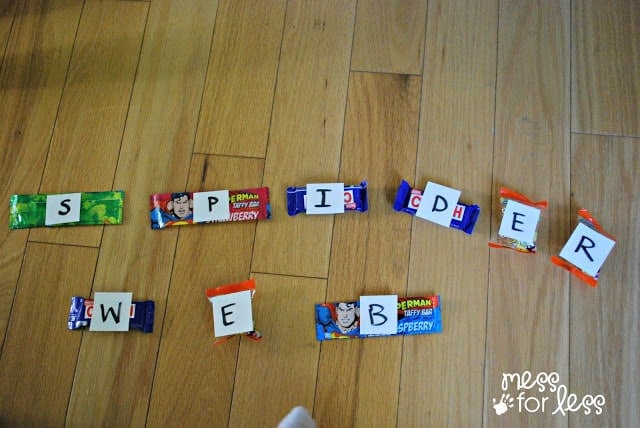