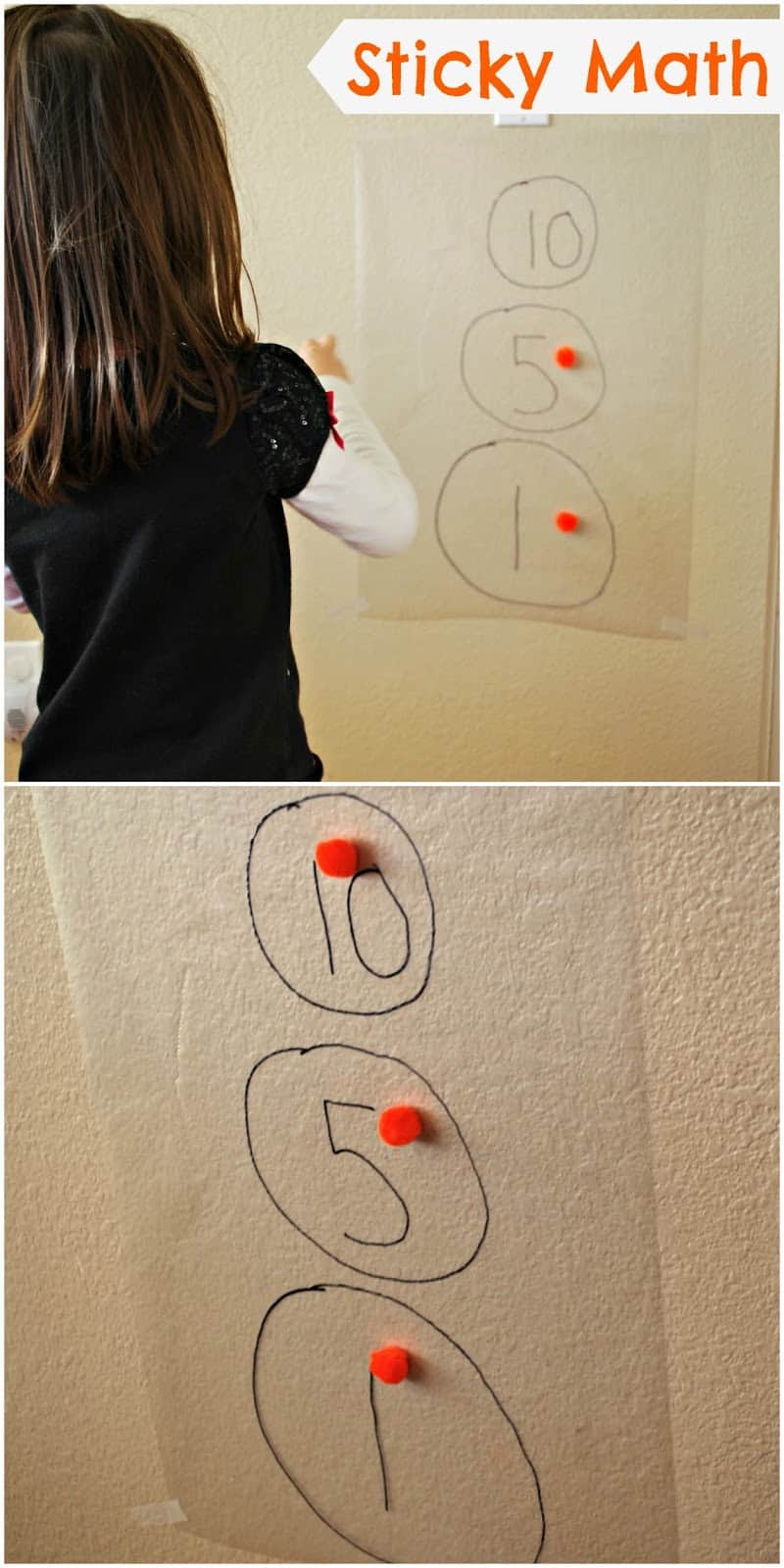 I love to incorporate learning math with a gross motor activity. My kids learn best when moving, and past activities like Toilet Paper Knockdown and Numbered Ball Toss help to work the body as well as the mind. I always keep a stash of contact paper around, and when I was trying to come with a math activity, I saw it and the pom poms in my closet and an idea was born. This Sticky Math activity is very loosely based on skee-ball, which my kids love to play at the local kiddie arcade.
You will need: 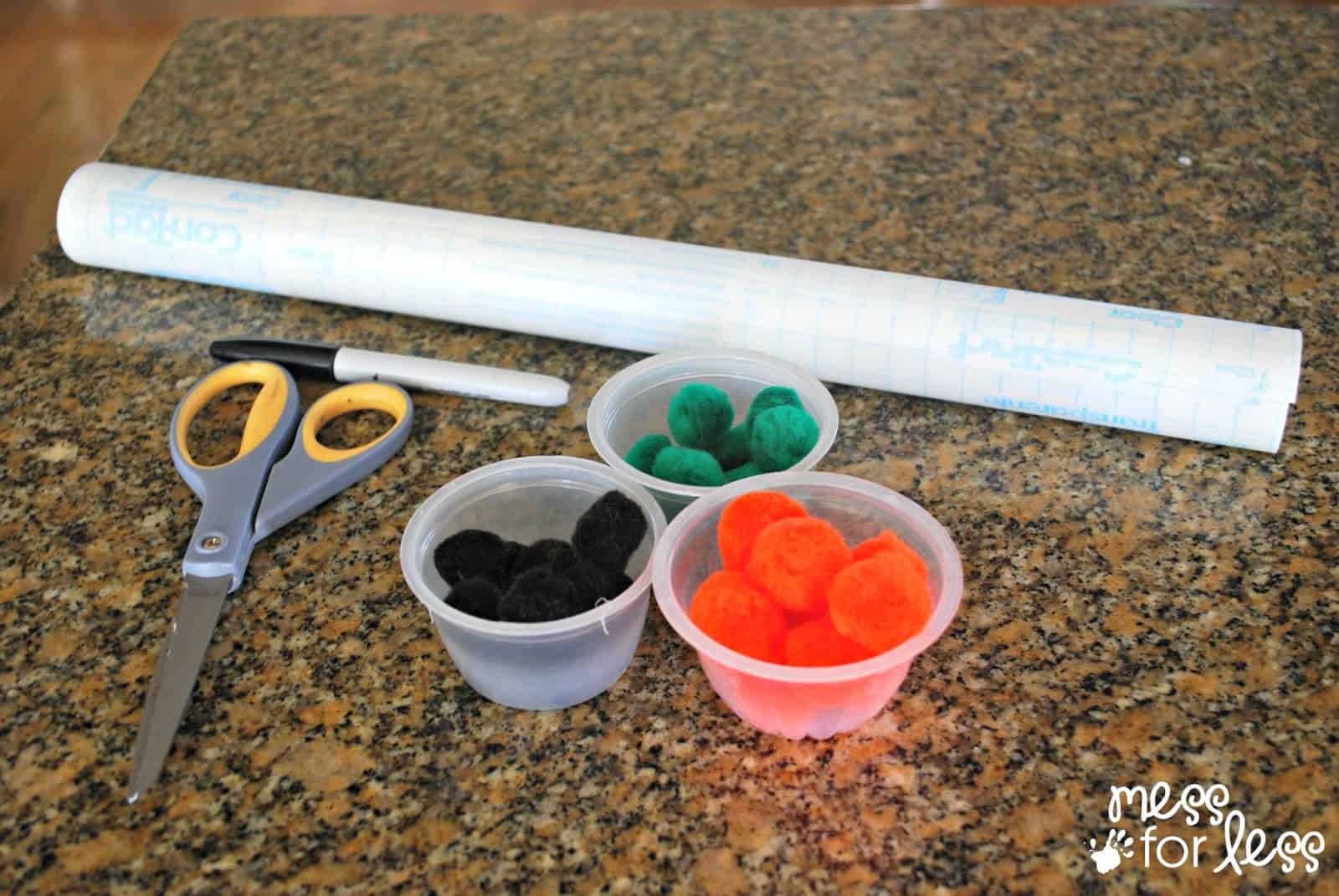 Cut a 30 inch length of contact paper and peel. Attach the non sticky side to the wall using tape. You will want to hang it at a child's height so the sticky side is facing out. Use the permanent marker to draw three circles on it. Make the bottom circle the biggest and the middle a little smaller and the top circle the smallest. It will look almost like a snowman except the circles will not be touching. Write "1" in the bottom circle, "5" in the middle circle and "10" in the top circle. 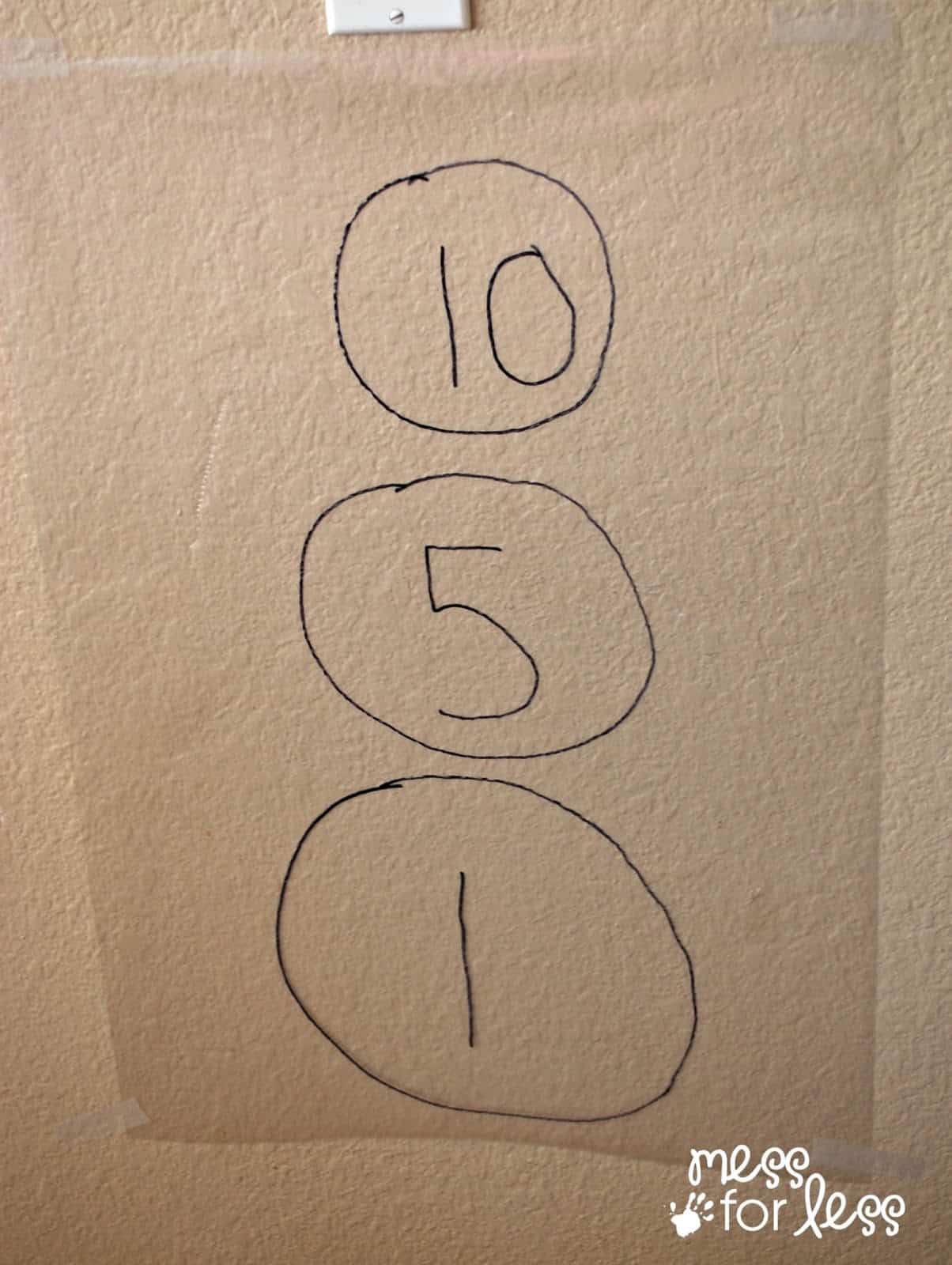 I gave my daughter 10 small pom poms of the same color. I placed them in a small cup so she could hold them all during her turn. 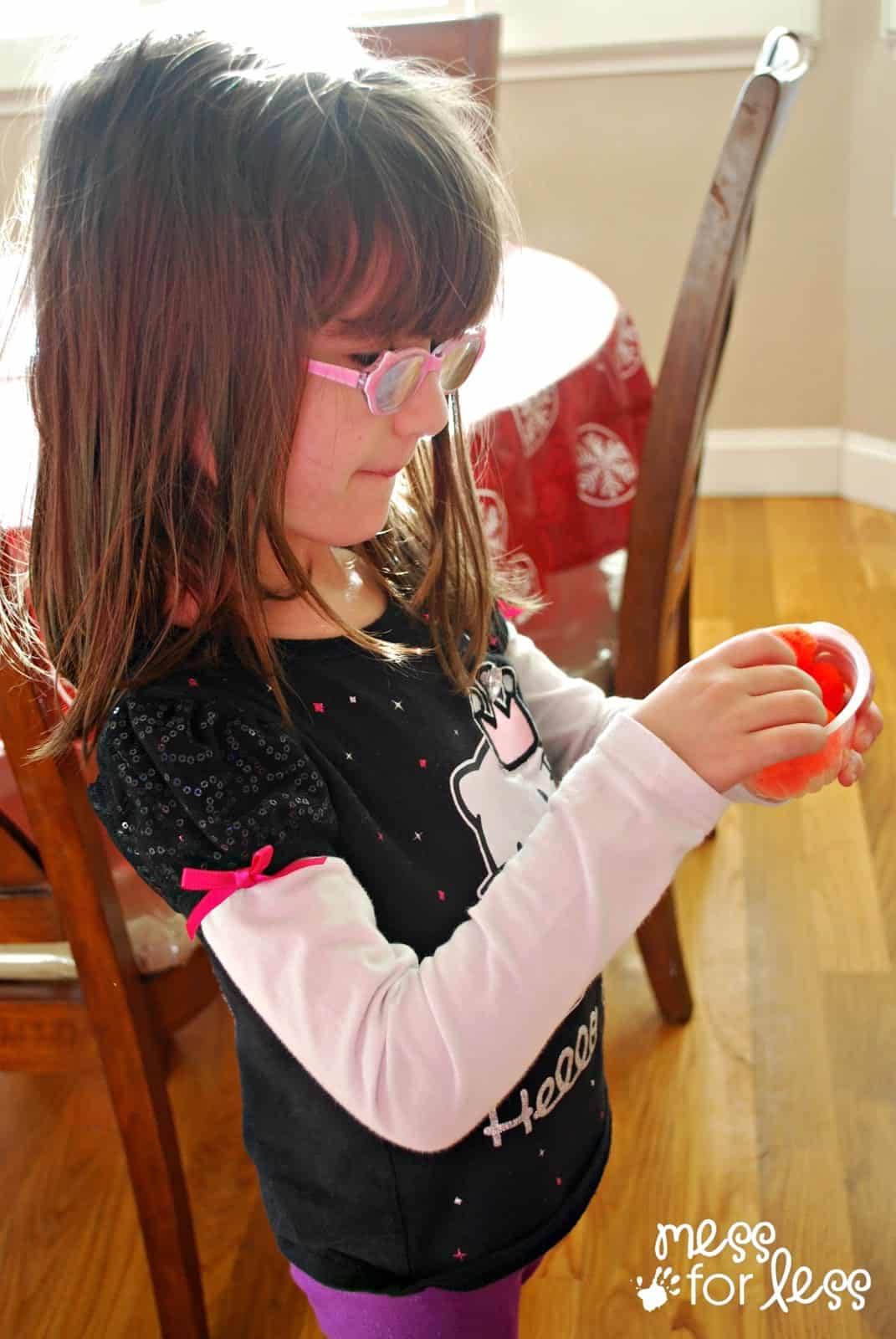 I told her the rules of the game were to throw the pom poms on the sticky wall and get the highest score. She was playing with her sisters so after they each threw their 10 pom poms, we declared a winner.
It was easy to hit the "1" spot as it was the largest. The "10" spot, which was the most challenging, rewarded players with the most points. It was interesting to see the different strategies my kids had for the game. One daughter kept trying to hit 10's and she ended up missing most of the time. Another daughter found she could hit the 1's easily and she just kept doing that. 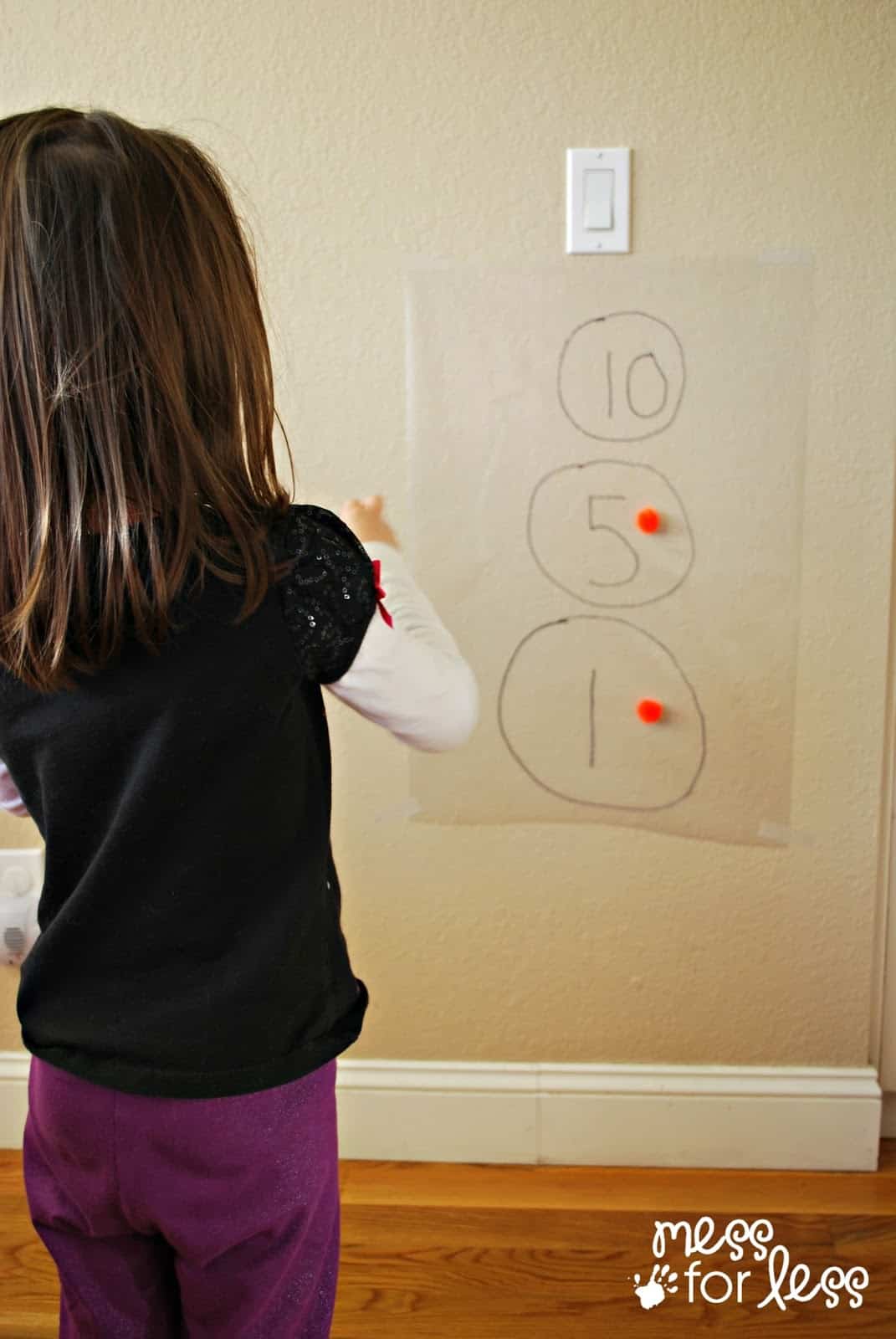 Here are some tips we discovered while playing: 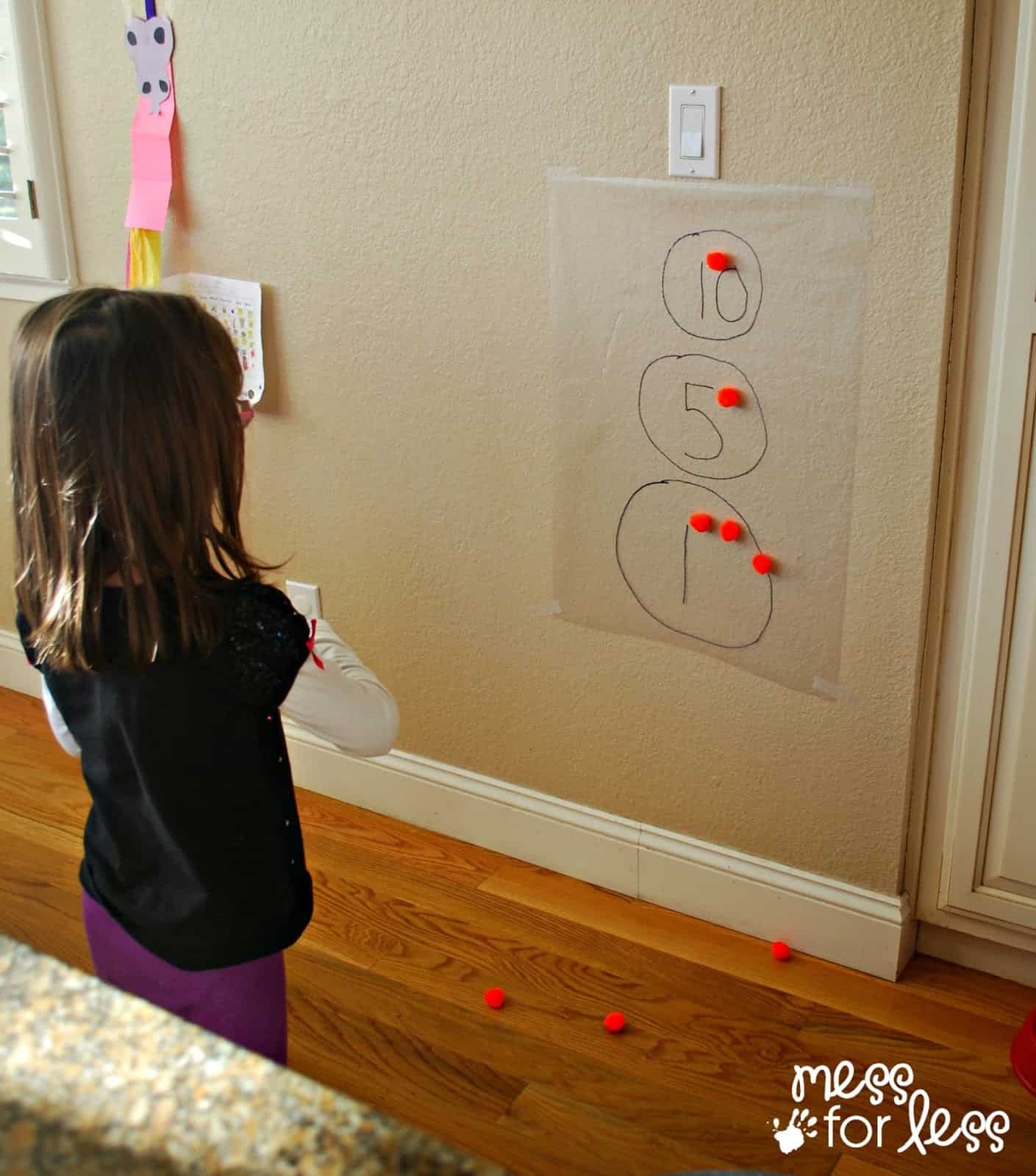 After the girls had played several rounds, the contact paper started to get more and more fuzzy from the pom poms. They were having a harder time sticking. Not to worry! We just moved the activity to the floor. 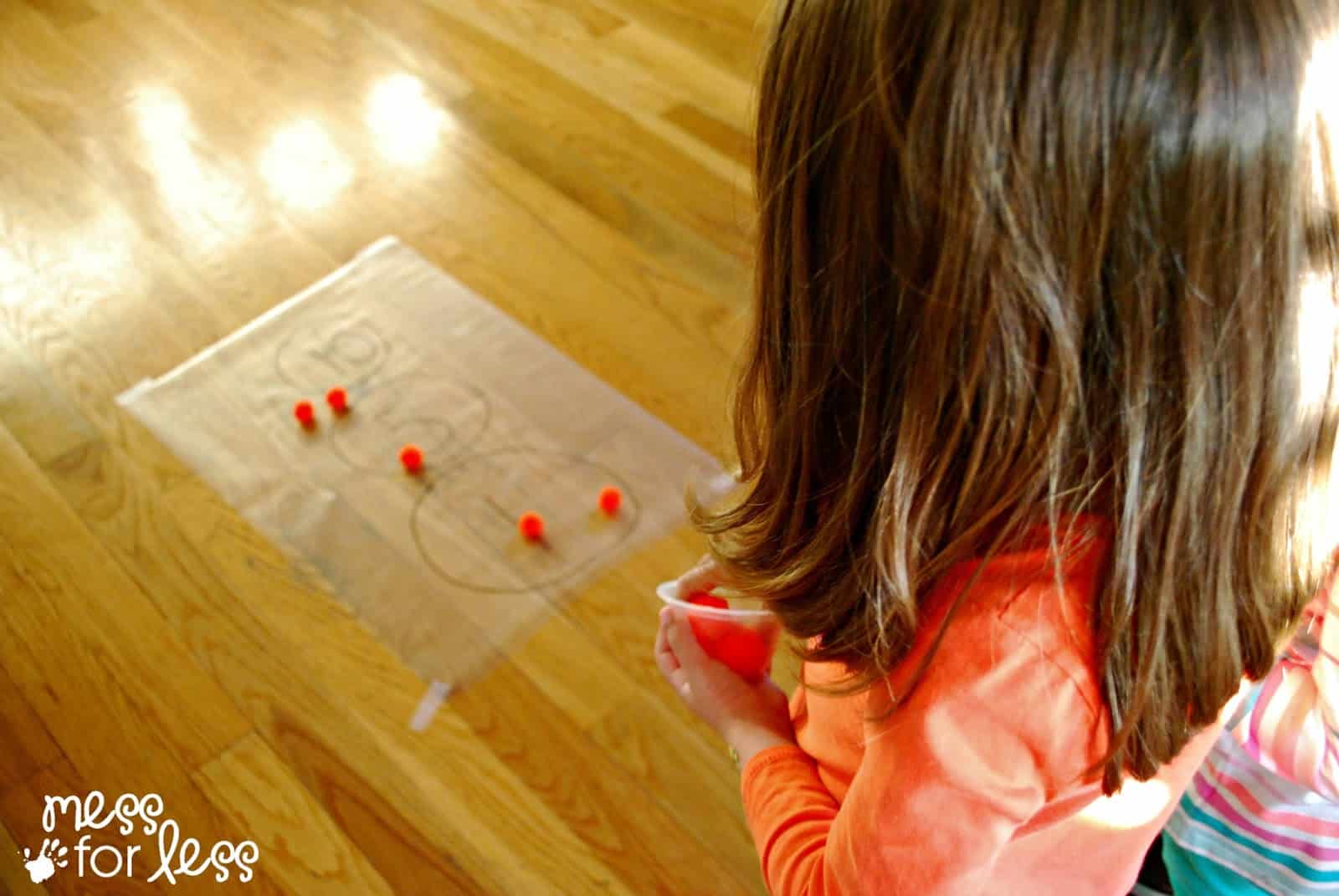 This made the game easier for my youngest who wasn't throwing hard enough to get many pom poms to stick on the wall. All the kids were working hard to add up the numbers in their head to see who had scored the highest. 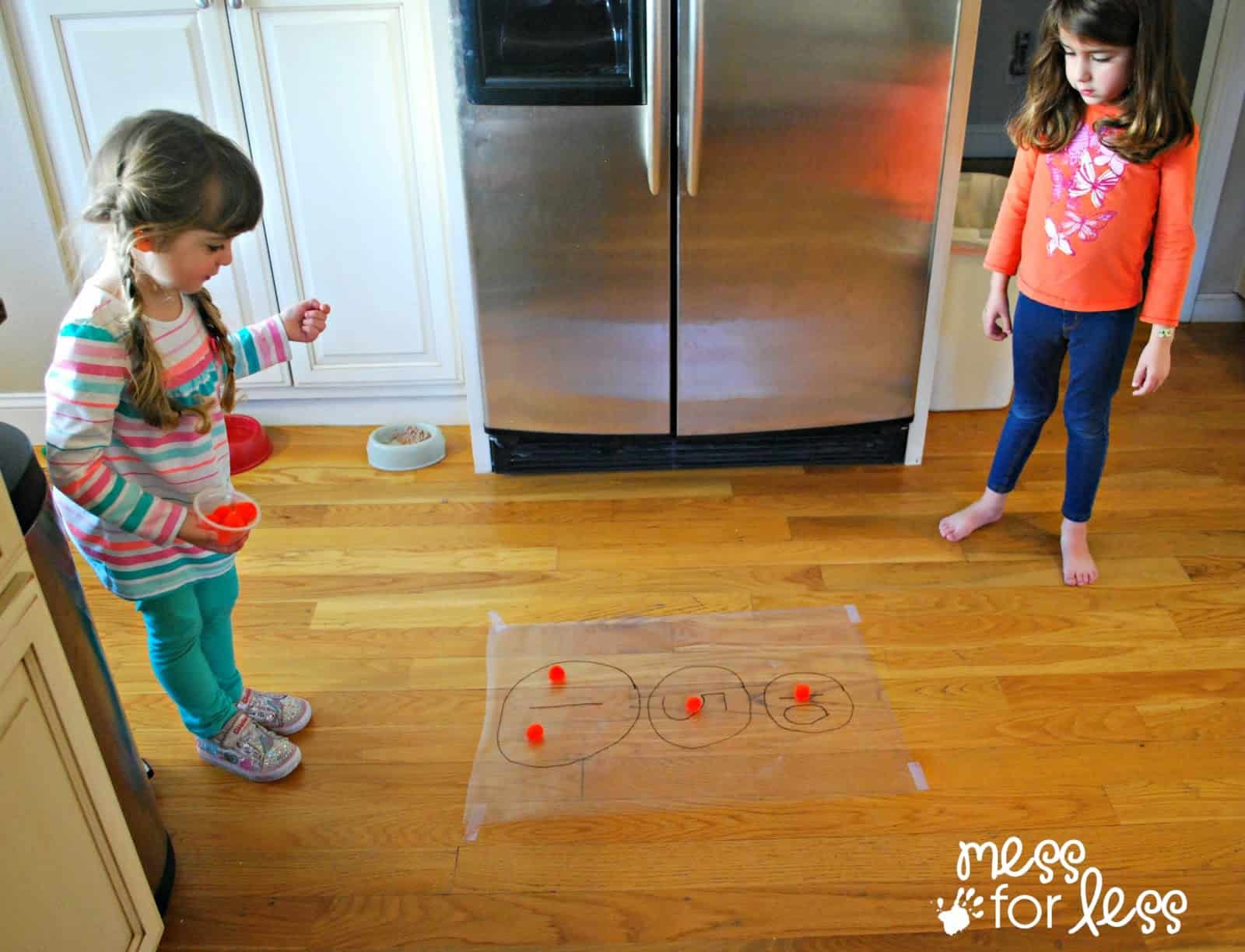 Of course when the game was over, the kids couldn't resist walking on the contact paper in their bare feet. 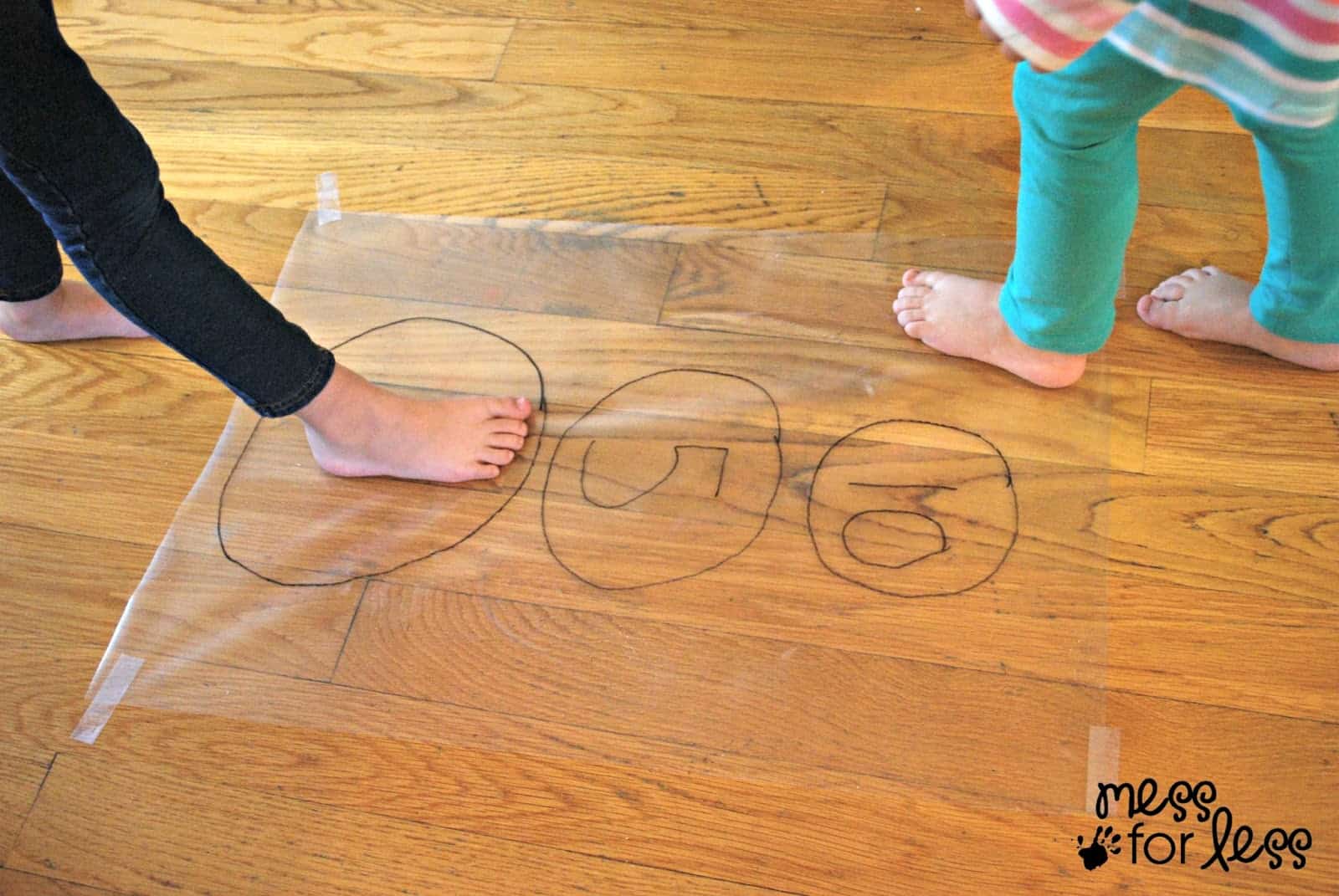 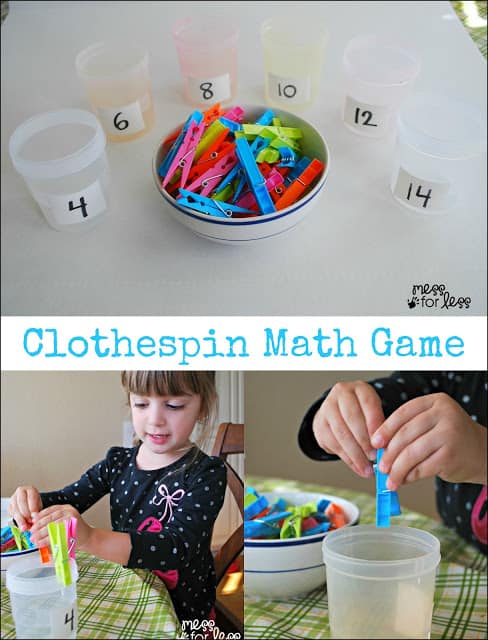 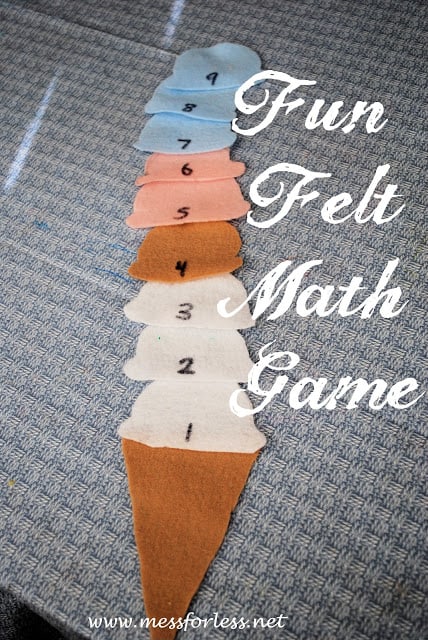