We are a participant in the Amazon Services LLC Associates Program, an affiliate advertising program designed to provide a means for us to earn fees by linking to Amazon.com and affiliated sites. In addition, we participate in affiliate/referral programs whereby we link to products we believe in. If you click on the link and make a purchase we receive a small percentage commission. Read the full disclosure here.
Pin18K
Share212
Tweet
Yum1
Share
18K Shares
Jump to Recipe Print Recipe

It’s a new year, and with that come resolutions and change. If you are trying to lose weight and are following the Weight Watchers Freestyle plan, than you know you have the freedom to eat lots of great food while losing weight. I love how Weight Watchers has introduced a bunch of new 0 point foods. One of those foods is Greek no-fat, unsweetened yogurt. That yogurt is one of the main ingredients in these 2 Ingredient Bagels with Cinnamon Sugar Topping. Read on for the recipe and find out how to make them and when you are done check out our Everything flavored 2 Ingredient Weight Watchers Bagels and this One Point Cheesecake. 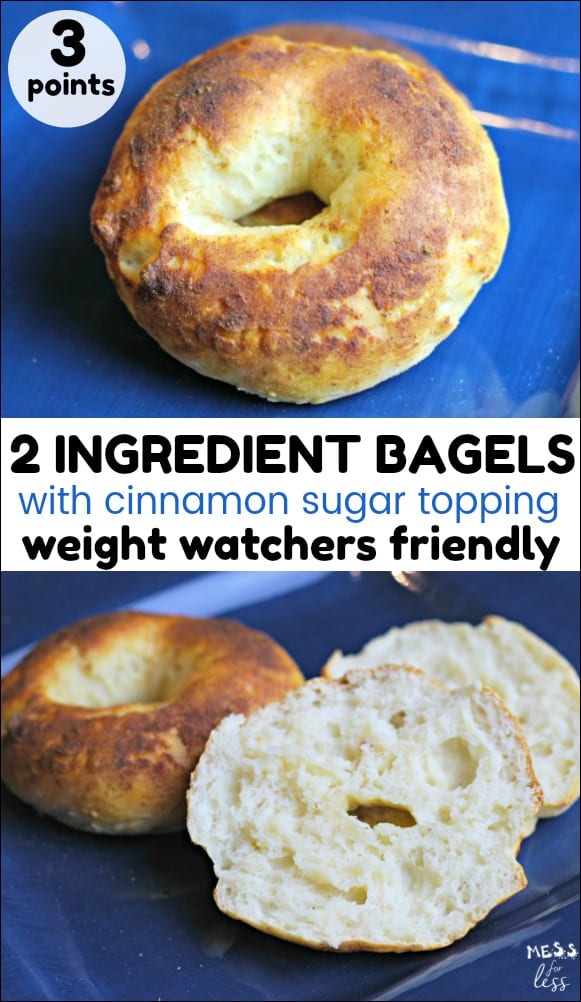 It might sound crazy to make bagels with Greek Yogurt, but you won’t be able to taste it at all. My favorite yogurt to use when making this is Fage Total 0% Greek Yogurt. 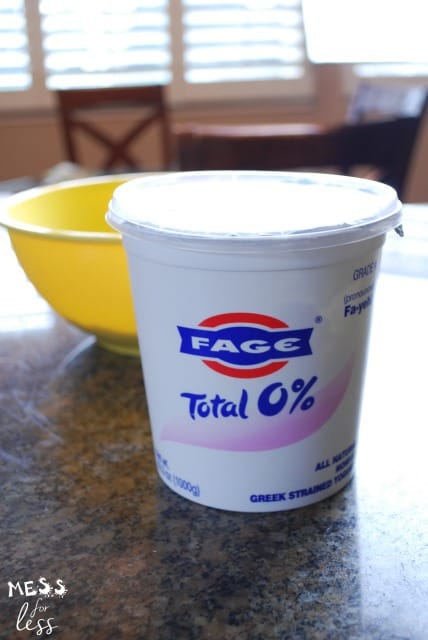 How do you make bagels with just two ingredients? Simple – just use fat free Greek yogurt and self rising flour. If you don’t have self rising flour at home, you can learn to make your own here. It’s super easy!

To make 4 bagels, combine 1 cup of self rising flour and 1 cup of Fage Total 0% Greek Yogurt in a bowl until a dough starts to form. The dough will be  somewhat crumbly, but will come together when kneaded. If you just want to make 2 bagels, just use 1/2 cup of flour and 1/2 cup of yogurt. The rest of the recipe remains the same. 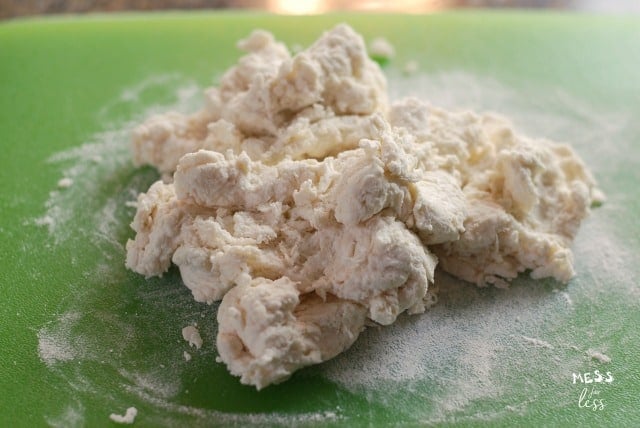 Separate the dough into four equal parts. These easiest way I have found to do this is to use a scale. This is my favorite one. Then roll them the dough balls into four ropes and connect the ends on each rope to make a a bagel.

To make the cinnamon sugar topping, mix 2 packets of Splenda or other sweetener with 1 teaspoon of cinnamon. Beat one egg and brush onto the bagels and sprinkle on the cinnamon and sweetener mix. 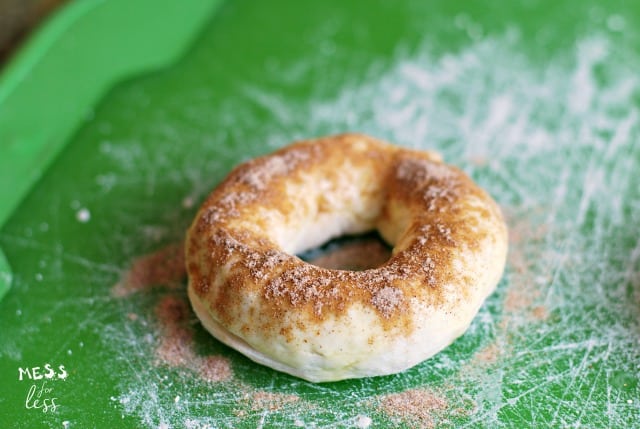 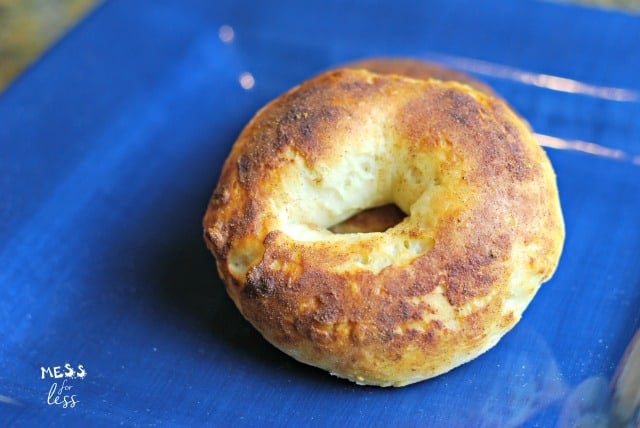 I love these 2 Ingredient Bagels with Cinnamon Sugar Topping because they are not overly sweet. There is just a hint of sweetness that makes them perfect with that morning cup of coffee. How cool is it that we can enjoy these bagels while staying on plan?

You can cut the bagels in half and spray them with a few squirts of Parkay Vegetable Oil Spray which has zero calories. They are great toasted and even frozen and used later. 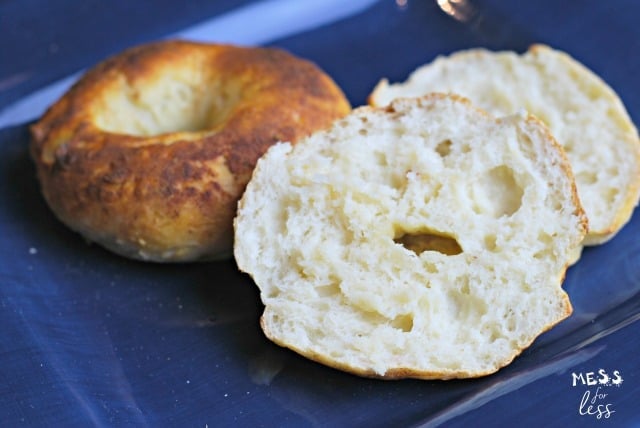 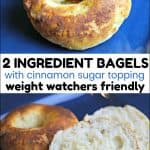 If you are following the Weight Watchers Freestyle program, you'll love these 2 Ingredient Bagels with Cinnamon Sugar Topping. They are only 3 points each and so good!

Have you heard about Eat At Home Meal Plans? If the cost of eating out or the decision of what to make for dinner each night is stressing you out, then you must try these. When you sign up, you get access to four separate meal plans each month (Traditional, Wholesome Traditional, Slow Cooker, and No Flour/No Sugar). All you do is print the plans, color-coded grocery lists, and recipes you want for that month. Don’t worry, there are lots of options, so even picky eaters will find something they like.

Then when it is time for dinner, make that night’s recipe (choices include make-ahead, freezer meals, slow-cooker recipes, and other time-saving strategies).

That’s it! Dinner is on the table and you can enjoy a home cooked meal with the family – without the stress!

We all have more important things to do than meal planning. Let someone else do it for you with Eat At Home Meal Plans. Monthly, quarterly and annual plans are available.

If you liked these 2 Ingredient Bagels with Cinnamon Sugar Topping, you’ll love these other weight watchers freestyle recipes: 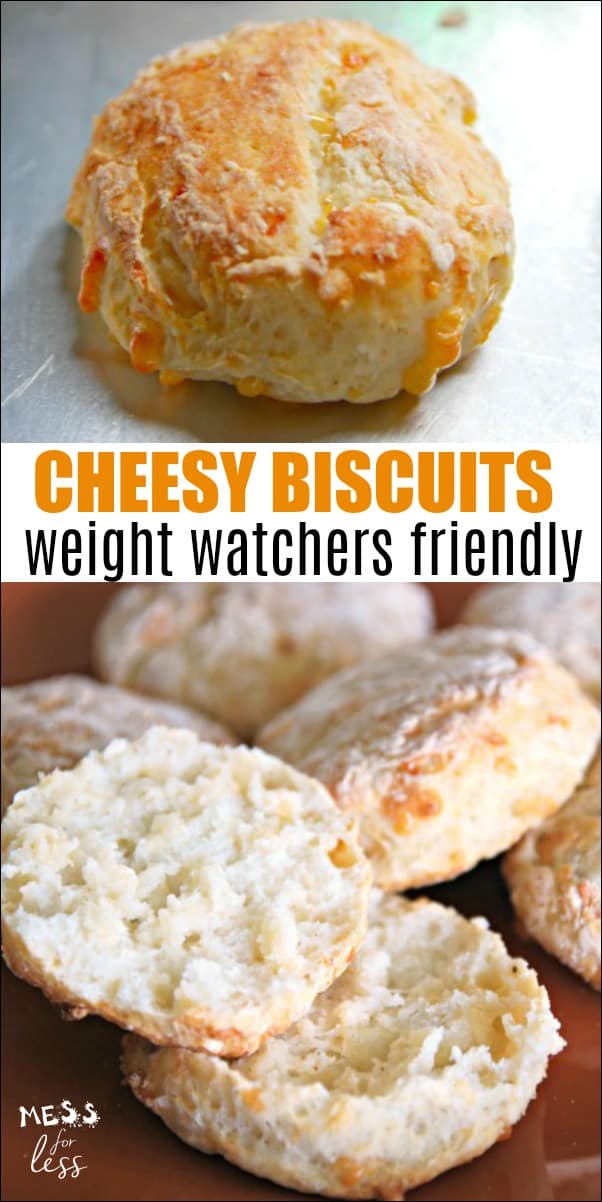 0 Point Chili in the Crock Pot 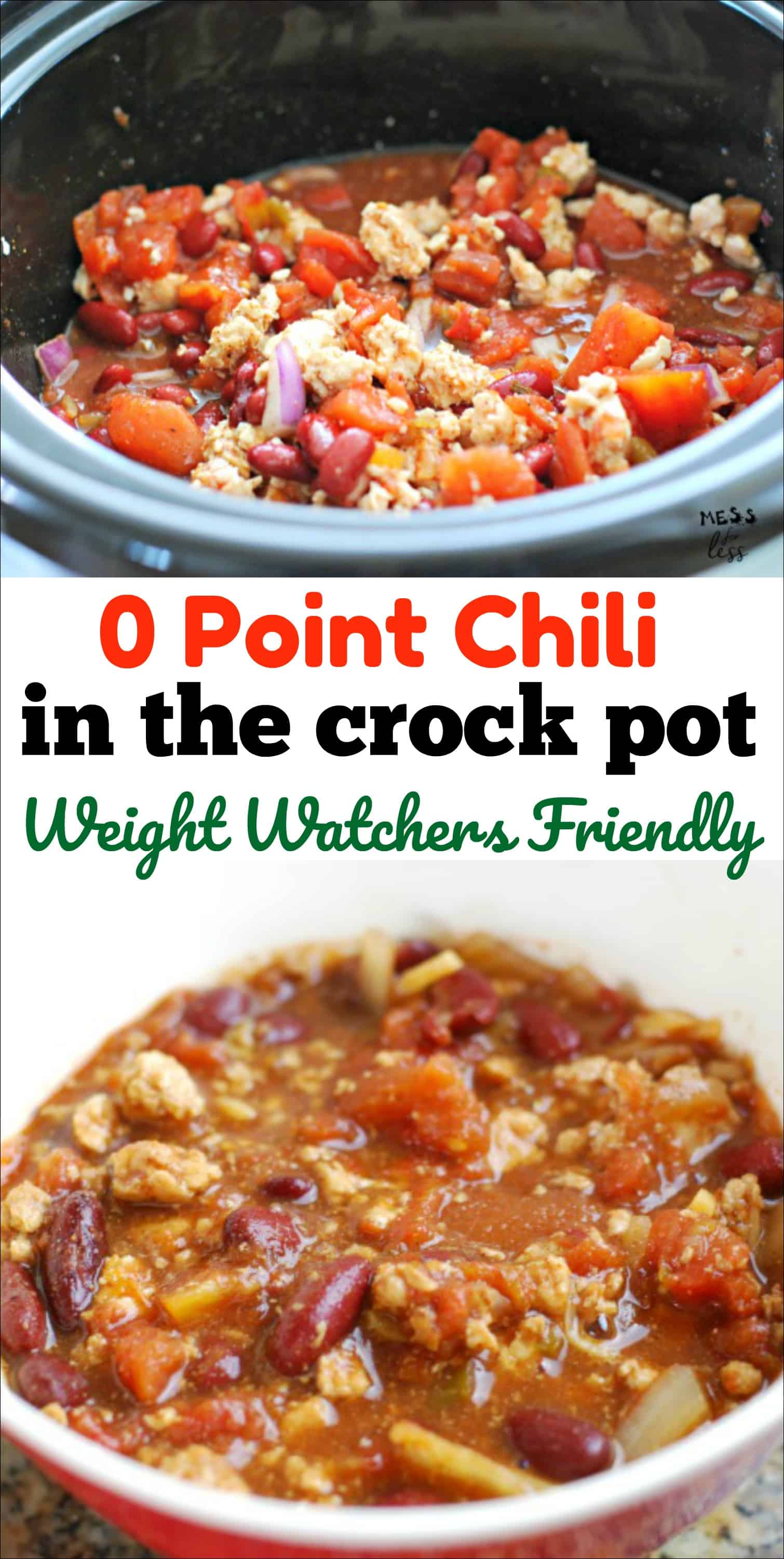 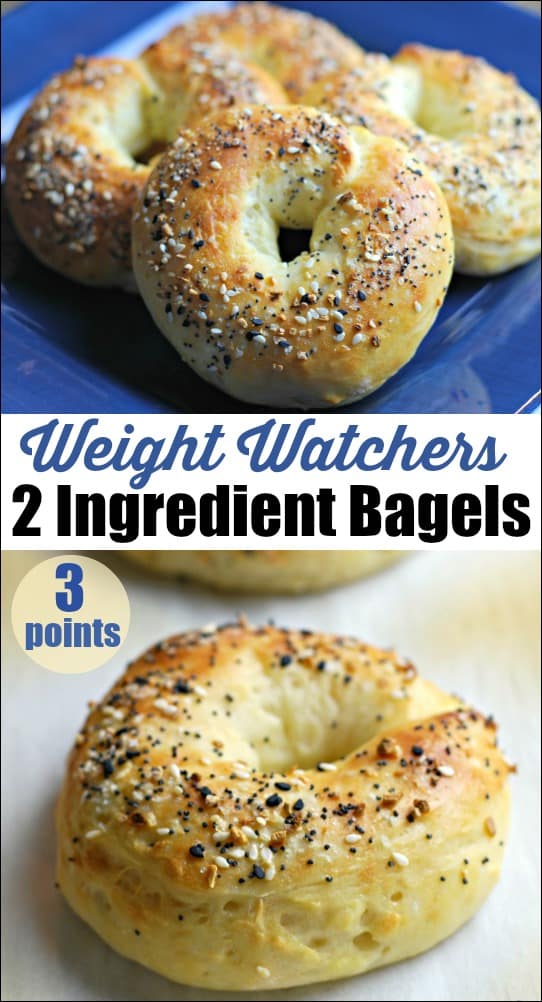 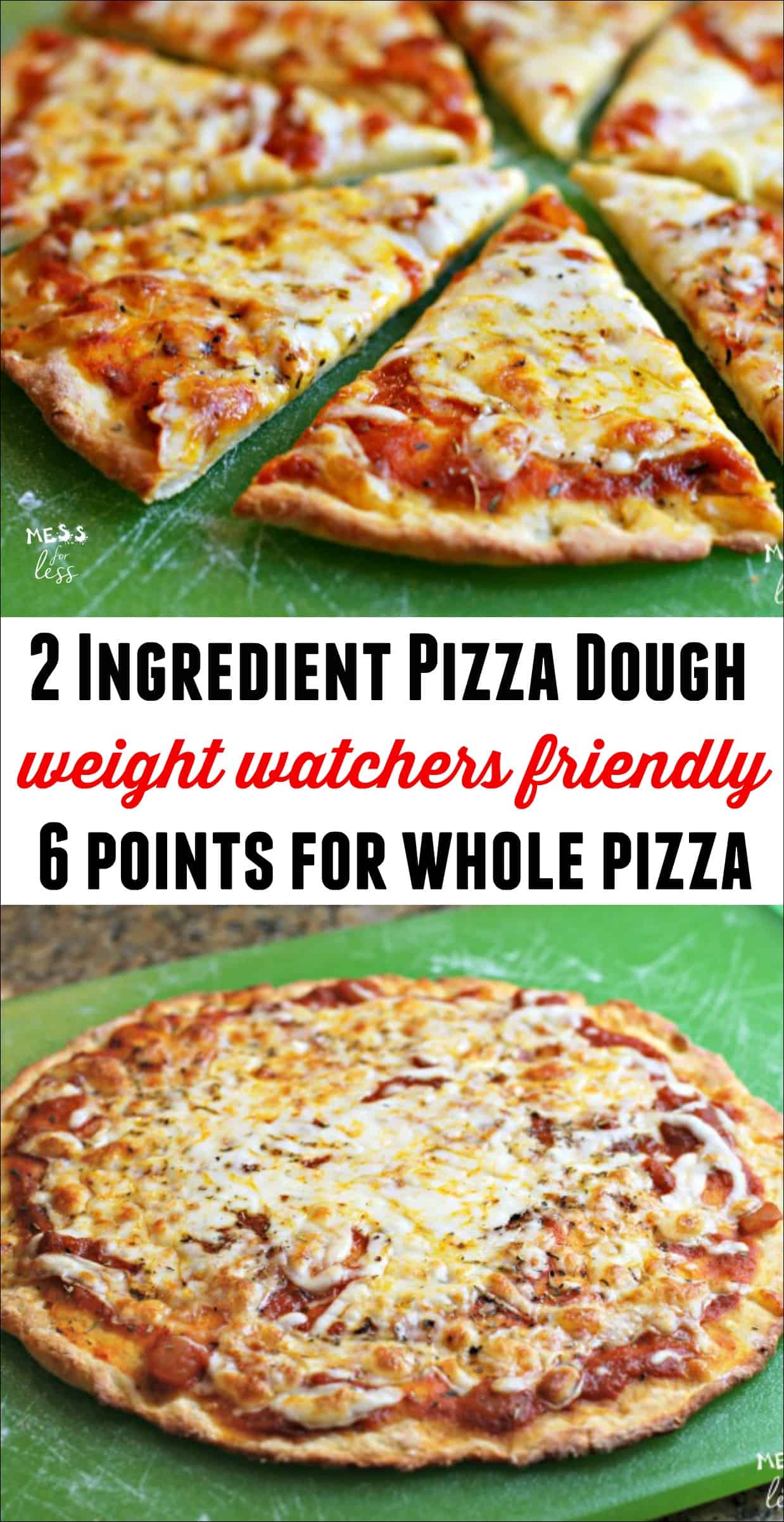