Pin10K
Share3
Tweet
Yum
Share
10K Shares
Did you happen to catch the Pumpkin Activities guest post from Michelle at Learning to be a Mom? If so, then you remember the adorable pumpkins she made out of balloons filled with flour. I was inspired by those pumpkins to make this Ghost Toss Halloween game which would be great for a Halloween party or for playing with your kids. The game was pretty easy to make and cost less than $2! When you are done try our Candy Corn Math game for more Halloween fun! 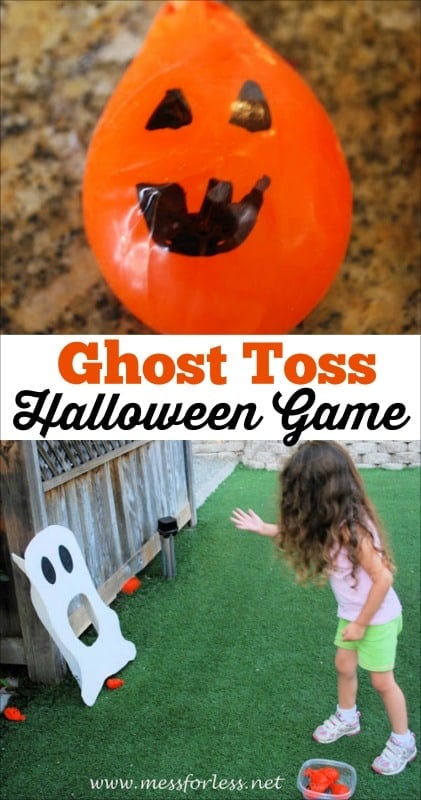 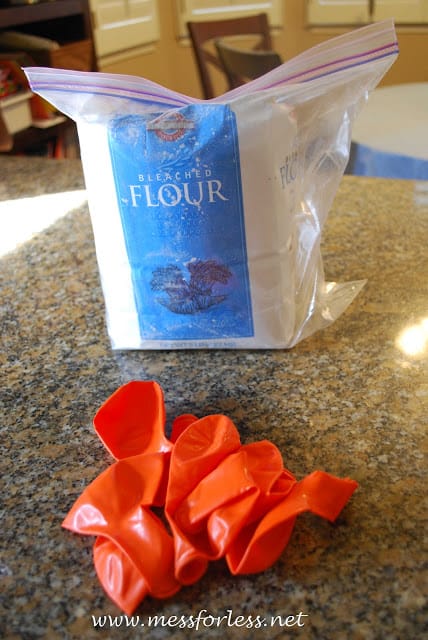 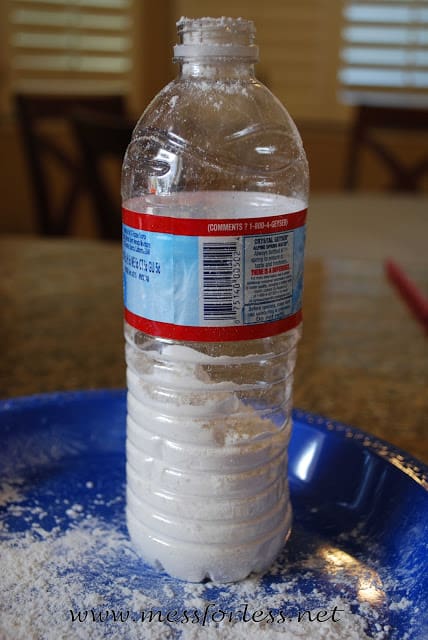 Stretch a balloon over the top of the bottle. 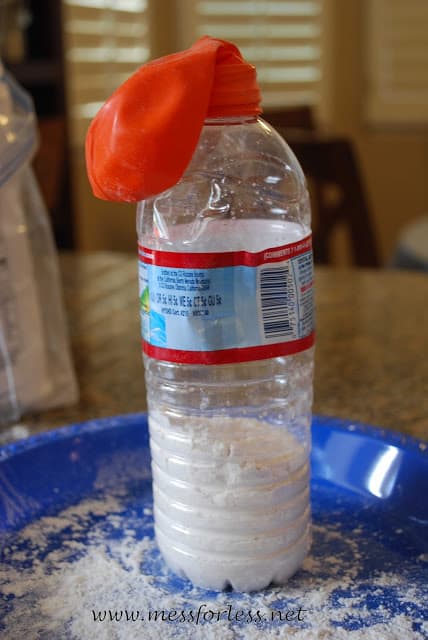 Squeeze the bottle to get some air in the balloon. 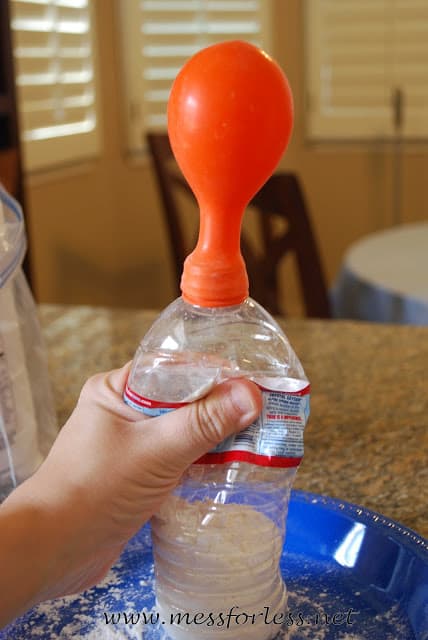 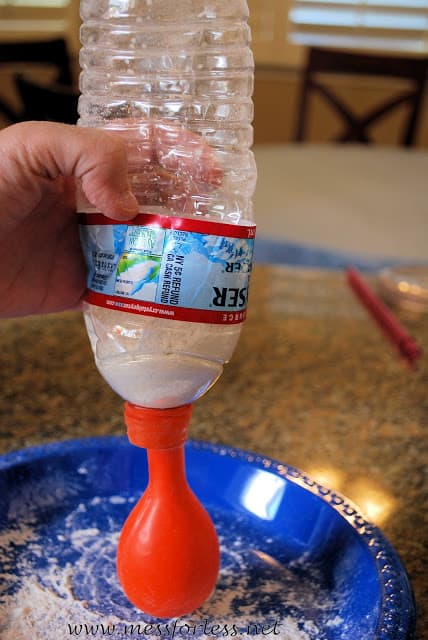 Pull the balloon off the bottle and tie the end. Use your permanent marker to draw a jack-o-lantern face on the balloon. 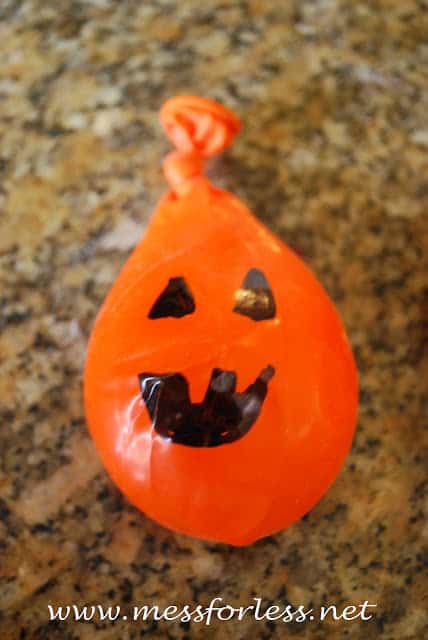 I made 7 balloons. You can make however many you wish. 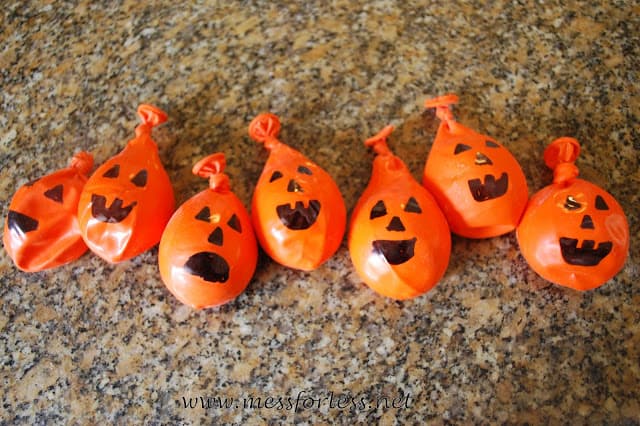 I bought a sheet of foam at the dollar store. I found it in the school supply section. 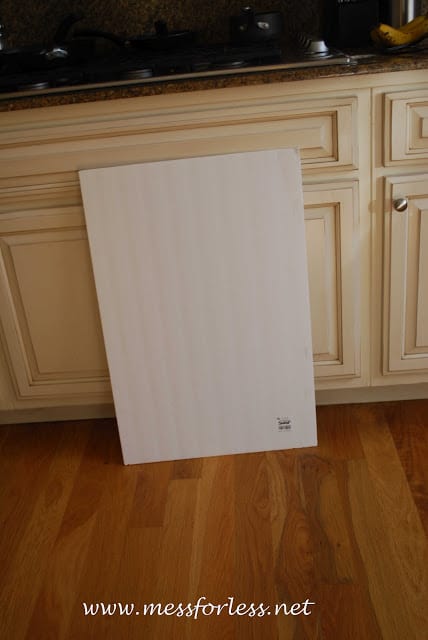 I drew a ghost on it and used an exacto knife to cut it out and cut a big hole in the center for the mouth. I also drew some ghostly eyes. 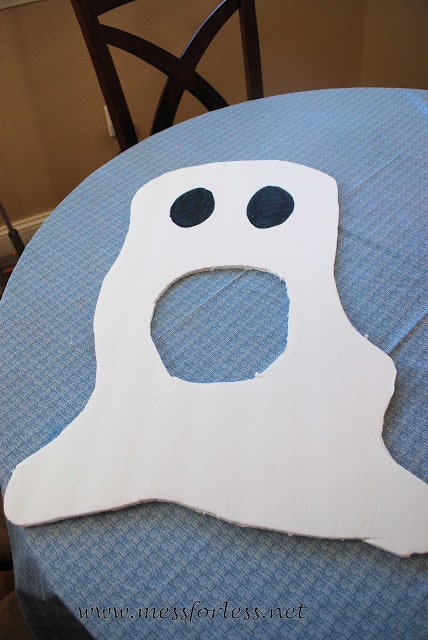 I cut some pieces from the leftover foam to attach to the back of the ghost to make it stand up. Then I attached them using packing tape. 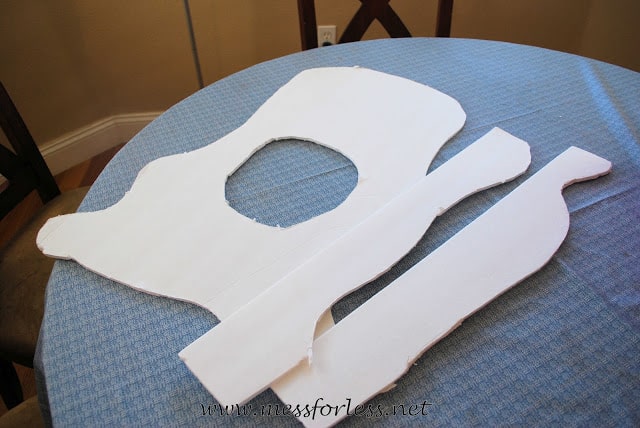 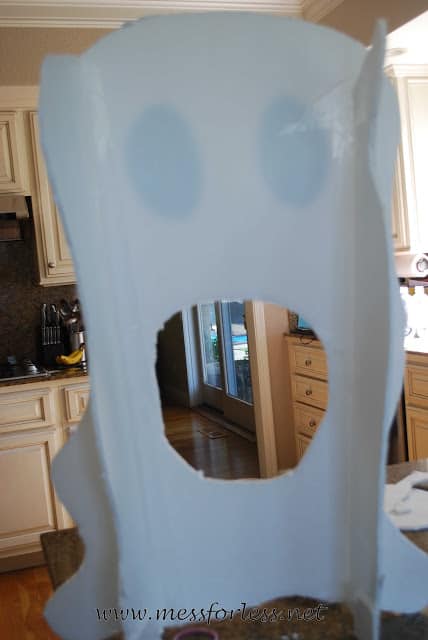 When the game was done we took it outside so we could play with it. The kids loved Ghost Toss! It took them a while to get the hang of tossing the ball through the ghost's mouth. The poor guy kept getting hit everywhere but his mouth. 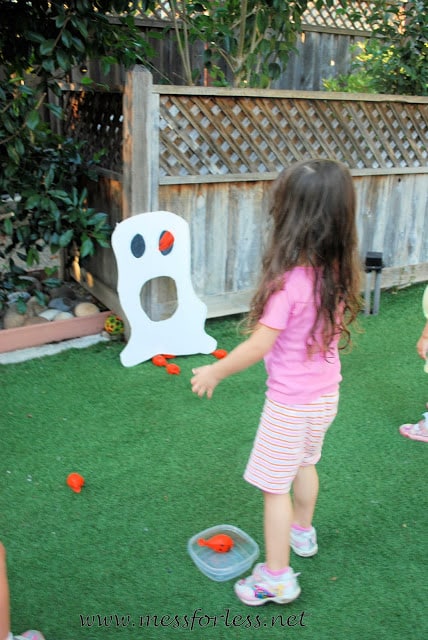 They played this game non-stop. They took turns throwing the 7 balloons into the ghost's mouth and after a while they figured out hot to aim the balloon better. 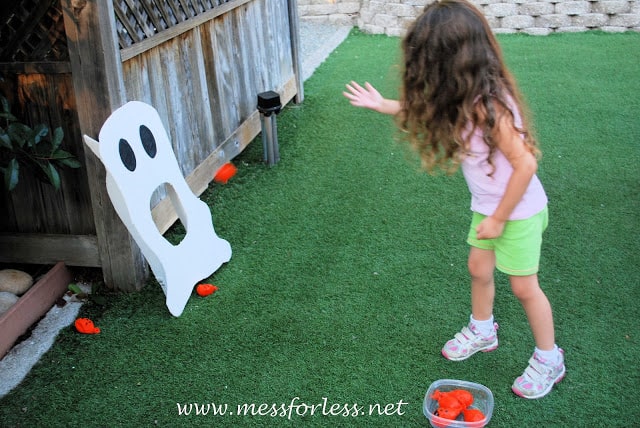 This simple Halloween activity was easy and cheap to create and has become a favorite that the kids ask to play again and again. 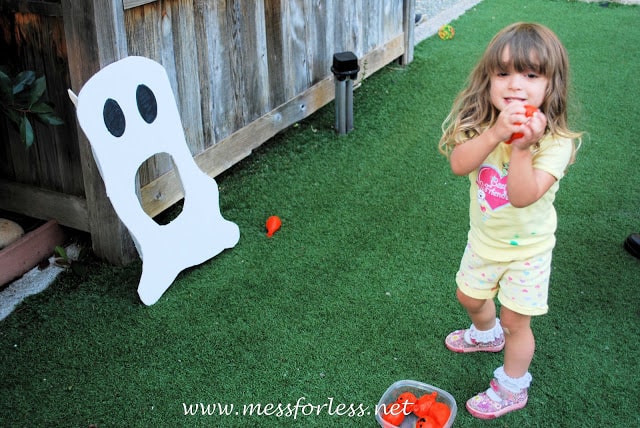 That's not to say there was no cheating... 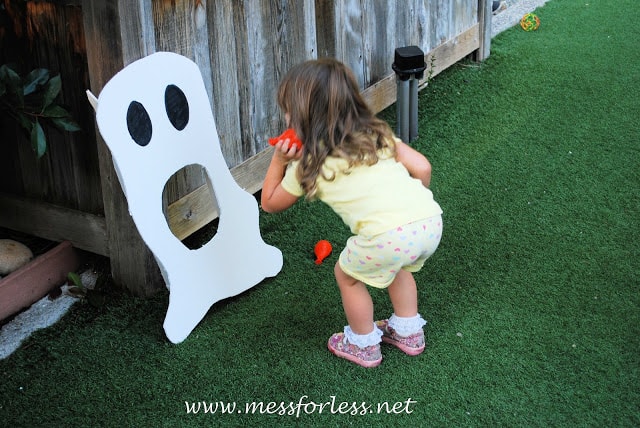