We are a participant in the Amazon Services LLC Associates Program, an affiliate advertising program designed to provide a means for us to earn fees by linking to Amazon.com and affiliated sites. In addition, we participate in affiliate/referral programs whereby we link to products we believe in. If you click on the link and make a purchase we receive a small percentage commission. Read the full disclosure here.
Pin272
Share77
Tweet
Yum
Share
349 Shares 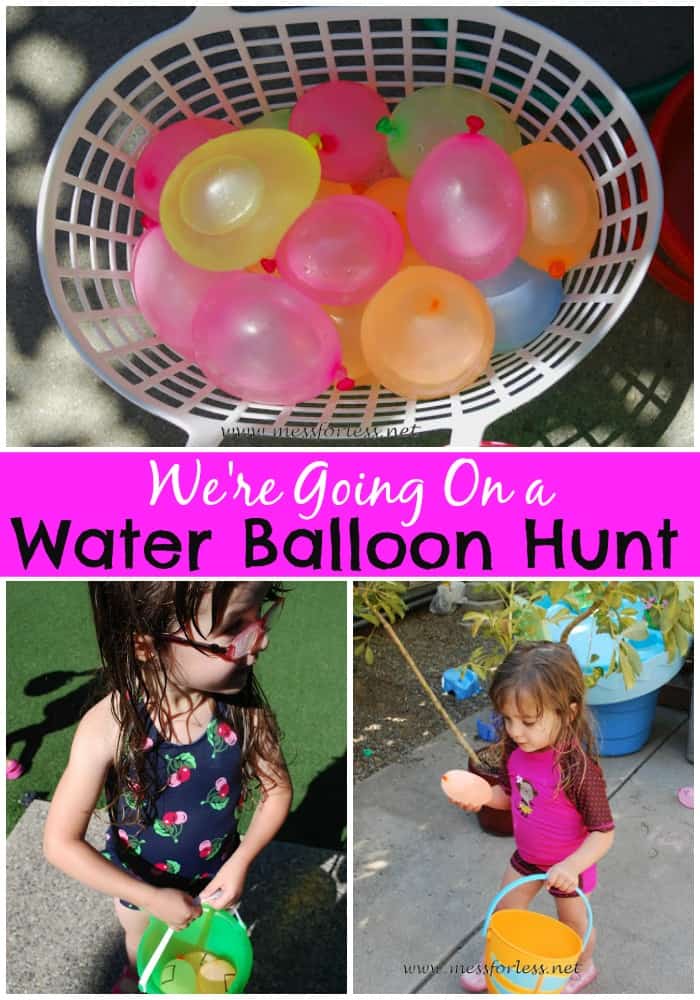 Most of the country has been experiencing a heat wave and few things help us beat the heat more than water. My kids love swimming and running through a sprinkler, but water balloons are an extra special treat for them. We have had fun learning and playing with a Water Balloon Phonics game. They sell water balloons at the dollar store but I don’t use them a lot because they just take forever to fill up and are tossed and broken before you know it. So I devised the idea of having a water balloon hunt.

The other day I was reading the June/July issue of Family Fun Magazine and saw a great idea a reader Billie Tylec had for a water balloon hunt. Looking for a way to extend our water balloon play, I thought this sounded perfect. But I know my kids. One of them would end up finding a lot more and the others would be upset. So I had to come up with a way to make things fair yet still fun. I decided to assign each child a shape and then draw that shape on some of the balloons. The kids could only pick up balloons that had their shape on it.

If I did not have this blog, I would have just written their names on the balloons, but I try to keep my kids names off of here so shapes seemed like a good idea. It also reinforces shape recognition! 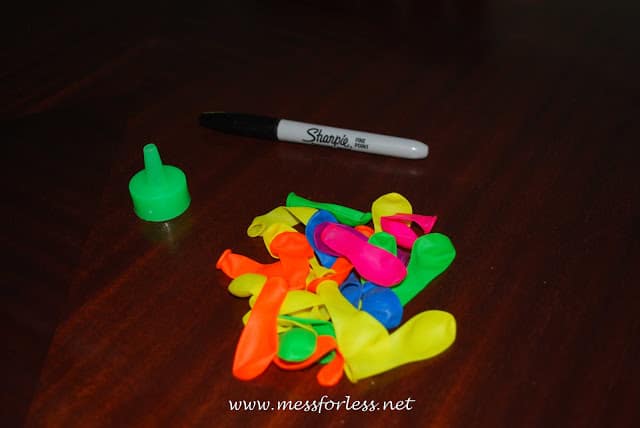 I decided to use a circle, square and triangle as the three shapes. I drew each onto a piece of paper and used some packing tape to tape it on the kids’ buckets. This would help them remember what shape they were looking for and check their balloons to make sure they had the right shape. 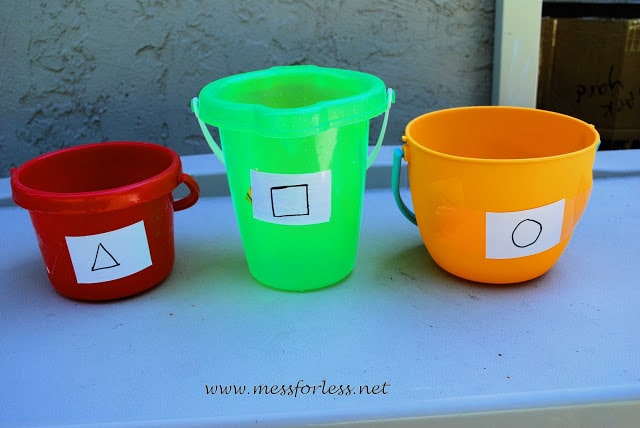 Now comes my least favorite part – filling the balloons with water. Thirty minutes and twenty one balloons later, I was done. 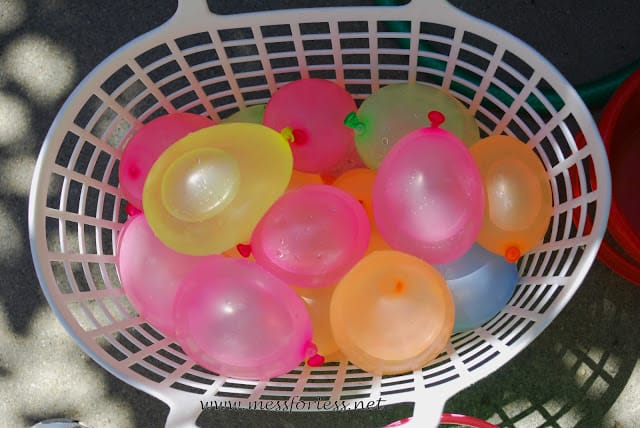 Next, I took the filled water balloons, dried them with a towel and drew corresponding shapes on them. I did 7 balloons of each shape. 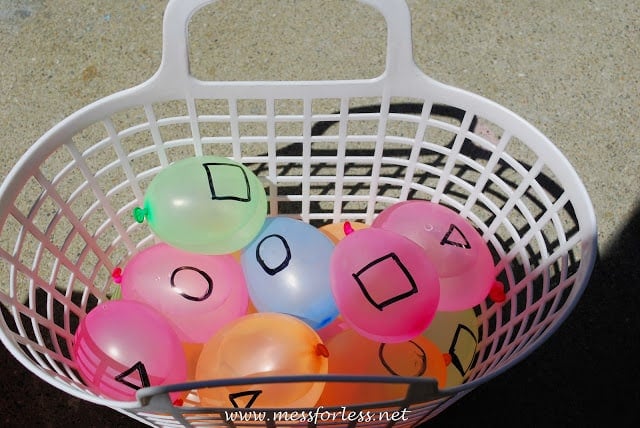 Hiding the balloons was a little tricky because they needed to be in locations where there was nothing around that could make them pop. 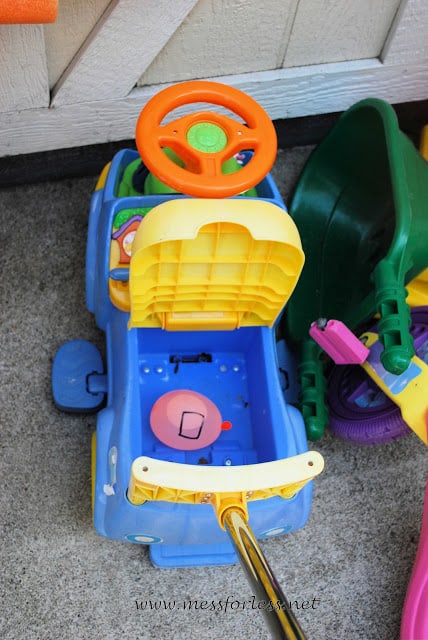 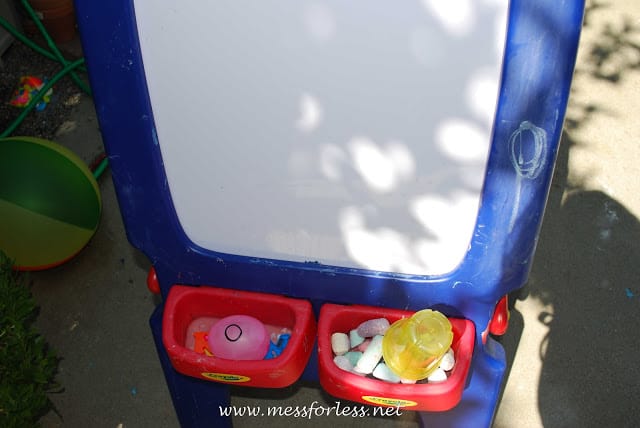 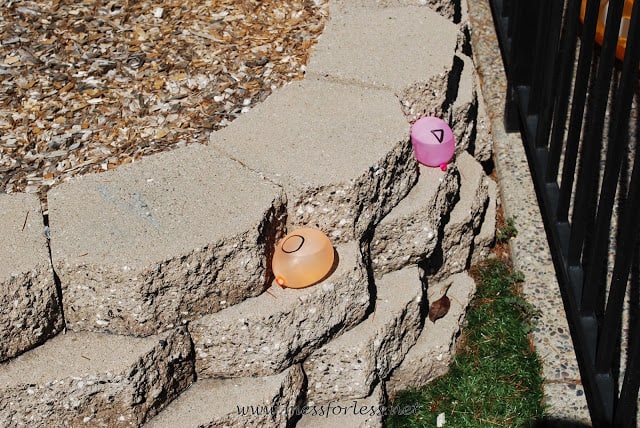 It was super hot out and the few balloons I had hid that were sitting in direct sunlight popped before we started our hunt. I put them out a few hours before the hunt which given the extreme heat was too long. Keep that in mind when hiding your balloons on a super hot day.
Let the balloon hunt begin! 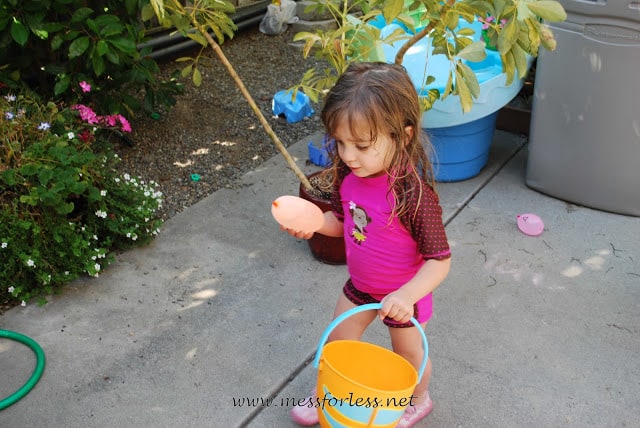 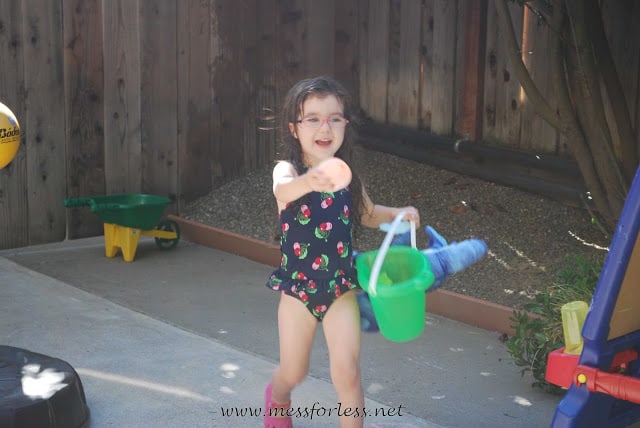 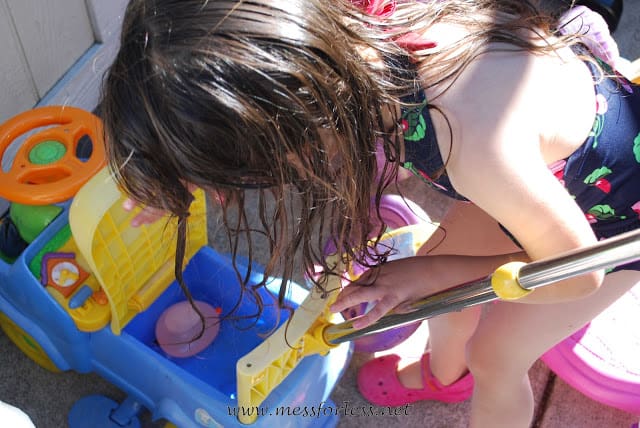 Once the kids collected their 7 balloons they were free to play with them as they wished. They had plenty of fun throwing those balloons, getting wet and cooling off on a hot summer day. Best of all there were plenty of balloons left for each child to find! 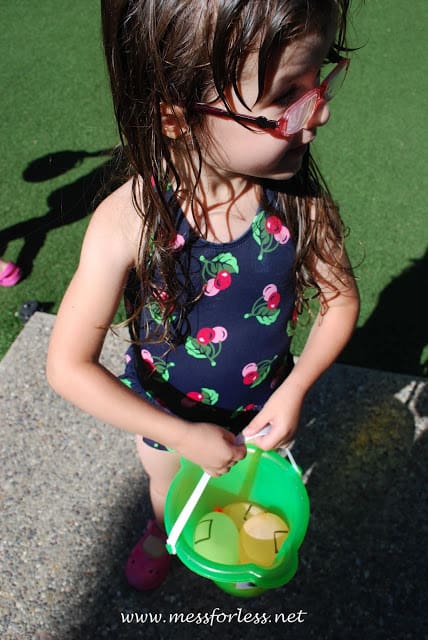 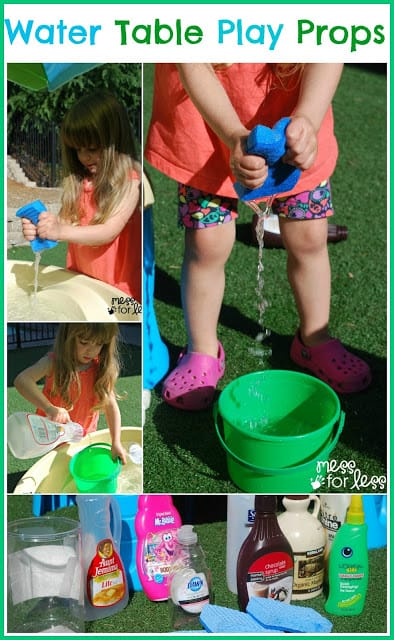 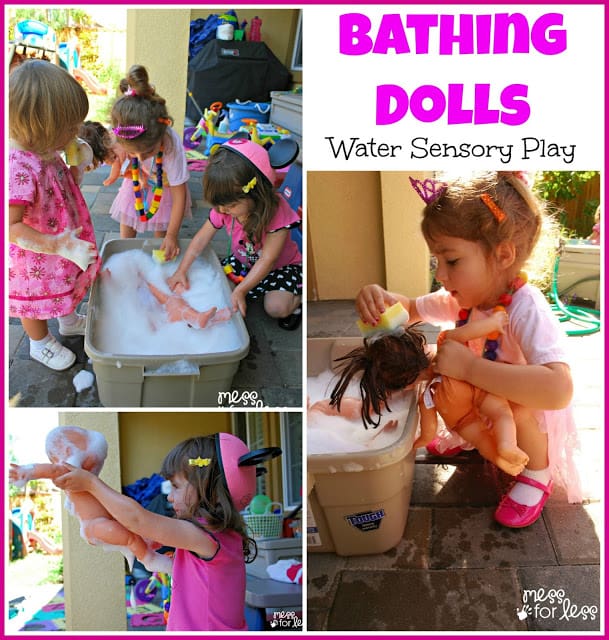